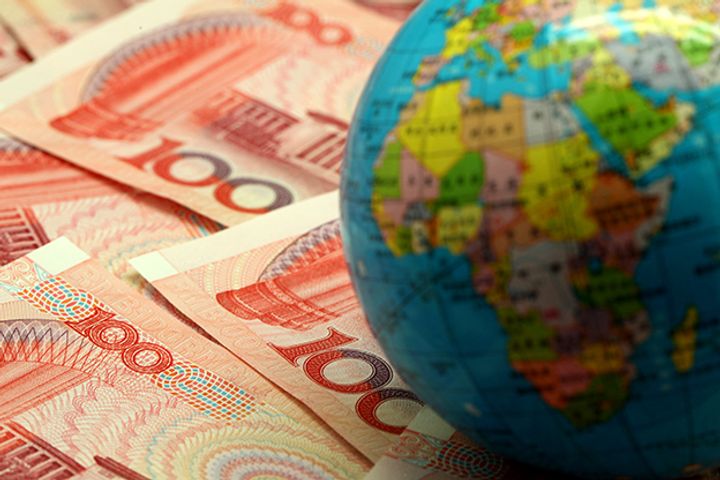 (Yicai Global) Aug. 11 -- A growing number of foreign investors have entered China's bond market, tempted by a rallying yuan and rates at Chinese banks that are higher than those offered by European and American counterparts.

Foreign investors' bond custody on the Chinese interbank market has grown for five months in a row, and totaled USD126.1 billion (CNY841.5 billion) as of the end of last month, an increase of CNY39.9 billion from the previous month. It marks the largest monthly gain since June of last year. Foreign institutions' holdings in yuan-denominated government bonds have been on the rise for five months and increased by CNY37.8 billion in July alone.

An uptick in the yuan's strength started in late May, and the onshore dollar-yuan exchange rate went from over 6.9 to below 6.7. The yuan has appreciated on offshore markets as well. It has risen by almost 3,000 basis points this year, preliminary statistics show. The yuan continued to gain against the dollar in trading sessions in New York yesterday, hitting a new high since September. The dollar-yuan exchange rate finished the session at 6.6485 at market close (11.30 p.m.) in Beijing yesterday, up 260 basis points from a day earlier, reaching an 11-month high.

A stronger yuan will attract more foreign capital to flow into China, which will boost the domestic bond market, a fixed income analyst at CITIC Securities Co. said. Firstly, yuan-denominated bonds are more attractive than most foreign bonds, and China's government bonds have higher yields than those offered in developed economies, the analyst said. Secondly, yuan bonds' Sharpe Ratios (a measure for calculating risk-adjusted return) are generally higher than those of A-shares, indicating that the former has a higher 'cost/performance ratio.' Finally, given the currently low penetration of foreign investment in the Chinese bond market, the introduction of the Bond Connect program will send the market on a fast track to internationalization and attract money from other countries. The yuan is expected to rise steadily amid a transition of the global currency system, and the resulting inflow of foreign capital will bolster the domestic interbank market, the analyst said.

As for global investors' capital allocations, it is critical to keep expectations at a stable level, and China should not underestimate the impact of a shift in expectations on the foreign exchange market, China International Capital Corp. said. "Devaluation of the yuan has been the market consensus for two years, and we're about to see an inflection point. Expectations of yuan depreciation will reverse, leading to corrections of foreign reserves and a pickup in domestic liquidity. Banks will be less reliant on interbank borrowing as bank deposits rebound."

The Bond Connect scheme has drawn foreign capital to the Chinese bond market, but its short-term influence may be limited. The average daily trading volume on the Bond Connect market is currently CNY260 million, less than that on the first day of trading, per statistics released by Shanghai Clearing House Co. The pace at which foreign institutions are increasing their holdings in yuan bonds will depend on the speed of market deregulation as well as how many major international bond indexes are willing to include onshore yuan bonds.

Liquidity in the domestic market has room for improvement and it tied to financial institutions' risk appetite and Chinese accounting principles. Most of the country's bond investors are commercial banks, who generally prefer to hold treasury bonds until they mature. They treat bonds as cost items and do not adjust their market value regularly, which is part of the reason Chinese government bonds -- particularly long-term ones -- witness limited trading volume and price fluctuations.