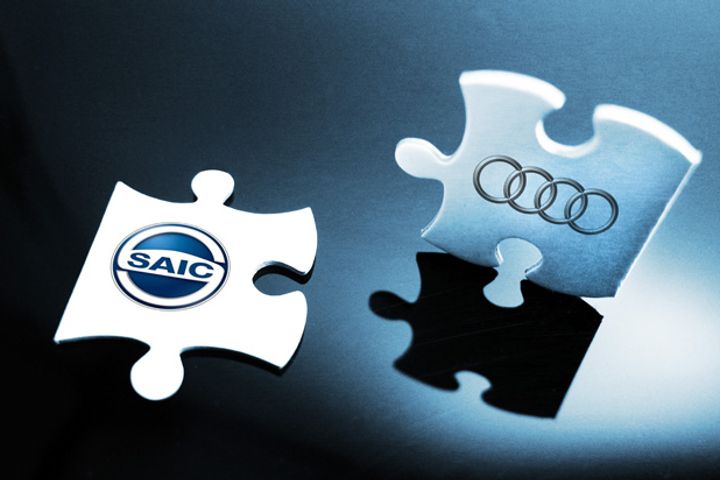 (Yicai Global) Oct. 18 -- Next will be final confirmation of some issues, with specific details still needing further consideration, Alexander Seitz, a director with German carmaker Audi, told Yicai Global in an interview yesterday on the latest course of the SAIC Motor-Audi project that has attracted great attention.

For a new car type to hit the market takes three or four years, so time is not yet ripe to tell which types SAIC-Audi will include in their future plans, Seitz said.

Ingolstadt, Bavaria-based Audi will continue to implement its 'dual partner strategy' in China, which means that it will maintain its cooperation with both Jilin province-headquartered FAW Group and Shanghai-based SAIC (FAW-Audi and SAIC-Audi), Seitz said.

The company wants to thus keep all its eggs in two baskets the better to batter rivals Bayerische Motoren Werke and Mercedes-Benz for share in China's burgeoning luxury car market.

Audi obtained 1 percent of the stake Wolfsburg, Germany-based Volkswagen owned in SAIC Volkswagen Automotive this June to kick off the SAIC-Audi project's research, development and production.

Audi's receipt of a portion of SAIC Volkswagen's equity shows its initial willingness to set up a joint venture with SAIC but it is still in talks over the next specific moves, Seitz said when asked about the firm's future plans toward competitor Munich-based BMW, which increased its stake in Shenyang, Liaoning province-based JV BMW Brilliance to 75 percent.

Audi has no definite plan to change the equity structure in FAW Audi either. The firm will continue to keep its well-operated partnership with FAW Volkswagen and their ten-year business plan will be important for future development, Seitz explained.

The company will arrange more input and focus on the Chinese market even though it has no plan to adjust the share ratio of its Chinese JV. The goal in the next few years is to reach 1 million cars in sales with the types of cars sold to double as well, Thomas Owsianski, the newly appointed president of Audi China, told Yicai Global.

No great difference exists between competitors in the luxury vehicle market, Owsianski said, adding Audi China will not regret not coming out first among its peers in the luxury car sector this year, because it does not want higher sales to come at the expense of its distributors' and resellers' profit margins.

The company will tighten its organizational structure in China and is considering which functions it can move to its Chinese unit and which leave to its headquarters, Seitz explained, adding Audi is transferring many of its China-related businesses to the mainland.

The electric vehicle era is dawning, Seitz told Yicai Global, and Audi is now looking for charging pile solution providers with its partners.

Audi will collect data on autonomous-driving road conditions in various Chinese cities with its next main task to leap from Level 2 to Level 3 in self-driving and use local teams to develop technologies suitable for China, Owsianski said, adding that data collection is quite vital as China's road conditions are the most complex.

Audi can only do this after it has road test licenses for these cities, however.

Audi has already obtained relevant approvals from Beijing and Wuxi, a city in eastern Jiangsu province.

The R&D of some Audi's core self-driving technologies is in progress at its headquarters, for which it has selected some of its core suppliers. Chinese vendors like Shenzhen-headquartered Huawei Technology have participated in the partnership and Audi will also cooperate with some domestic startups in future, Seitz said.

His firm wants more local talent for the R&D of these technologies, he added.

Audi China has a 400-strong R&D team that mainly focuses on autonomous-driving, EVs and other new technologies, and its ranks are set to swell fourfold in future, Seitz predicted.