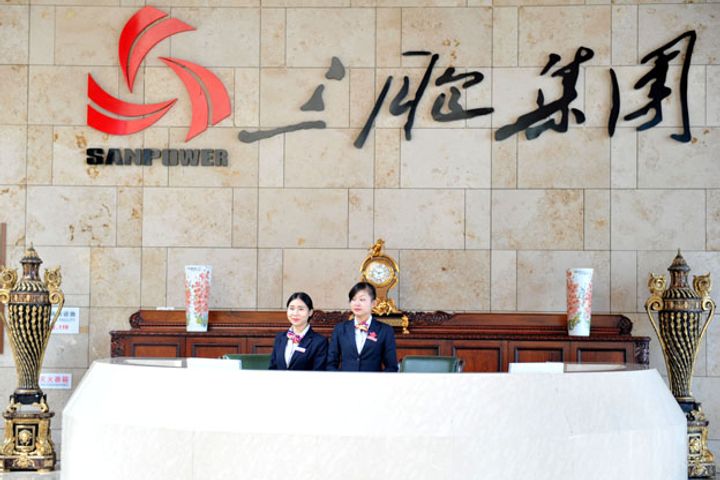 (Yicai Global) Aug. 28 -- Sanpower Group, the Chinese conglomerate which sold its 89 percent stake in House of Fraser two weeks ago, is looking to dump yet more of its non-core assets as it fights to remain liquid after an international spending spree.

The Jiangsu-based firm is planning to sell several property developments and Looyu, a chain of smartphone stores, an insider from the group told Yicai Global.

"The group is selling its non-core businesses and stakes in non-listed firms," the source said. "It is looking for buyers for real estate projects in Anhui, Nanjing and Liuzhou and already has a purchaser lined up for Looyu. "After the sales, Sanpower will withdraw from these sectors," he added, saying the company believes by shedding these assets it will be able to survive.

Sanpower made headlines earlier this month when it divested its entire holdings in bust British department store House of Fraser for GBP90 million (USD115 million). It acquired the stock in 2014 for GBP155 million on a global spending binge that also included Israeli healthcare group Natali and American pharma firm Dendredon, but ultimately proved unable to turn the struggling chain around. House of Fraser lost GBP44 million last year and followed that up with an GBP18 million loss in the first quarter of this year, according to data from Sanpower subsidiary Nanjing Xinjiekou Department Store, which held the shares.

The sales come as Sanpower founder Yuan Yafei looks to execute a 'CNY10 billion (USD1.5 billion) fitness plan' -- essentially a strategy that involves selling off assets to regain that amount by the end of the year, and pay off debts after six banks agreed to extend him a line of credit last month. The group has already had some of its assets frozen, including all of its shares in two mainland-listed companies which were locked up by a Beijing court.

Once it pulls itself out of the mud, the group plans to withdraw from traditional businesses and focus on healthcare, the insider said, adding that this would bring sound, sustainable profit growth. State-backed news site The Paper cited a Sanpower executive as saying earlier in August that the health sector made up more than 71 percent of the group's CNY678 million net profit last year, after deducting non-recurring gains and losses.