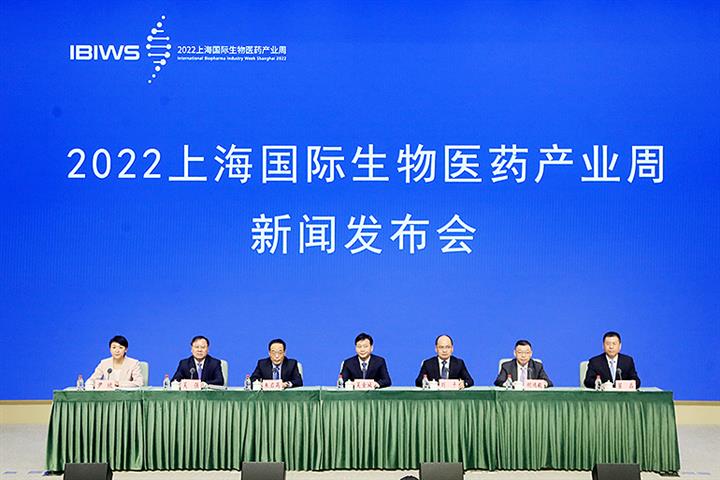 (Yicai Global) Nov. 11 -- The biopharmaceutical industry of Shanghai, which will kick off the International Biopharma Industry Week 2022 next week, recorded stable expansion in the first three quarters of this year amid 11 new listings.

From January to September, the scale of the biomedical hub grew nearly 6 percent to CNY616.6 billion (USD86.2 billion) from a year earlier, Liu Ping, deputy director of a related industry development group, said at a press conference today. Over the three quarters, 11 biopharma firms went public on the Shanghai Stock Exchange’s Star Market.

The eastern city had four new drugs that were approved to enter the market this year, including oncology treatments made by Yingli Pharmaceutical, Henlius Biotech, and Lepu Biopharma, as well as a new diabetes drug developed by Hua Medicine. Moreover, Shanghai generated six new medical devices via the country’s special approval procedure for innovations.

Some 32 major projects in the field of drugs that involve living organisms such as vaccines and stem cells have begun in Shanghai this year with a total investment of nearly CNY8 billion (USD1.1 billion) and in the future, the scale of these projects will rise by more than CNY20 billion (USD2.8 billion). The sector has witnessed 42 key project agreements with a total investment of CNY36.8 billion.

Since January, Shanghai's Nasdaq-style Star Market has attracted 11 fresh listings from biopharma companies. The city's private equity and venture capital financing in the field amounted to CNY54.9 billion over the past two years, making up the largest share or over one-quarter of the nation's total.

The International Biopharma Industry Week Shanghai 2022 will gather more than 120 executives, researchers, investors, and experts from renowned firms such as Roche, Boston Scientific, BeiGene, and Merck Sharp & Dohme in the city starting from Nov. 14.