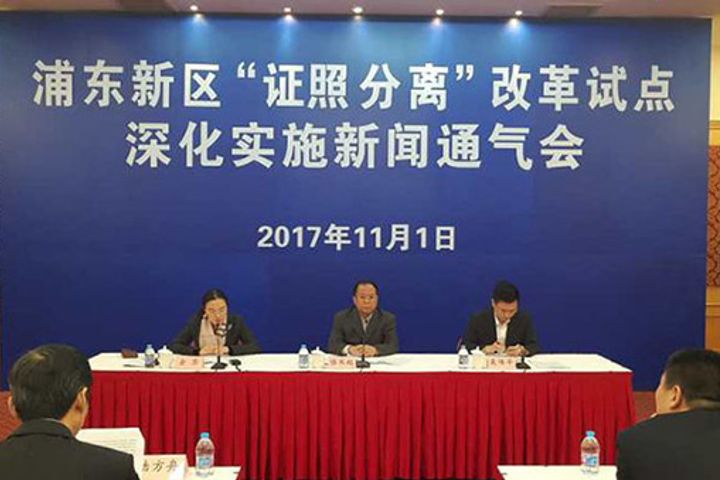 The license-permit separation pilot reform has effectively eased difficulties involved in business license applications since its introduction over a year ago, said Lu Fangzhou, deputy chief of the Pudong New Area and deputy head of the Shanghai Pilot Free Trade Zone Administrative Committee.

The number of market participants in the Pudong district increased 17.4 percent last year, indicating that the reform has brought renewed vitality to the market. The number of exit-entry service agencies in the district rose from 10 to 241 following the abolition of the market qualification review for these businesses, Shanghai Observer reported.

Regulatory efforts during and after the review process will be strengthened, and application materials and procedures will be simplified, streamlined and standardized at the same time.

Before the reform, startups had to obtain 'permits' (business permits) before they could apply for 'licenses' (business licenses). Following the implementation of the reform, new companies only need to obtain business licenses to start general production and operations, but companies specializing in businesses for which administrative approval is required still need to apply for business permits with the relevant authorities.