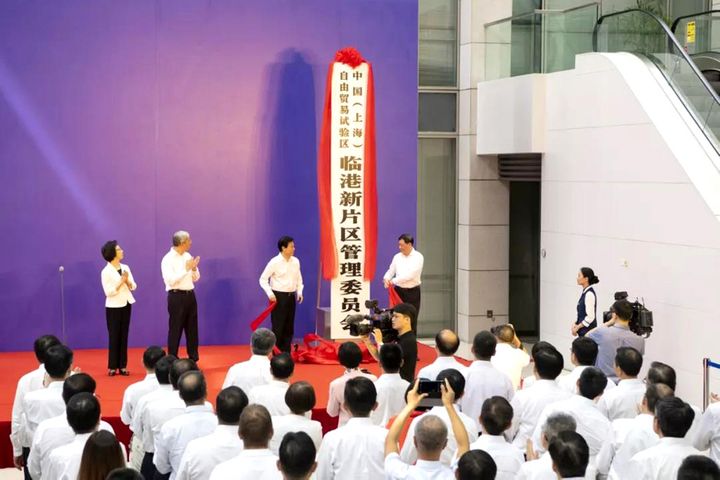 (Yicai Global) Aug. 20 -- The Shanghai Pilot Free Trade Zone's extension into the Lingang Area opened today, with officials from the municipal and central governments holding an opening ceremony to celebrate the occasion.

China's cabinet, the State Council, designated Lingang as an addition to the Shanghai FTZ on Aug. 6, saying it would bring in new policies to further develop the area, which sits about 75 kilometers from Shanghai's city center. The region is also home to Tesla's new Gigafactory, its first electric car plant outside the United States.

The FTZ will be on par with most competitive FTZs around the world, according to plans, and will bring in policies and systems to open up and compete on a global level. It aims to facilitate overseas investment and realize the free flow of goods.