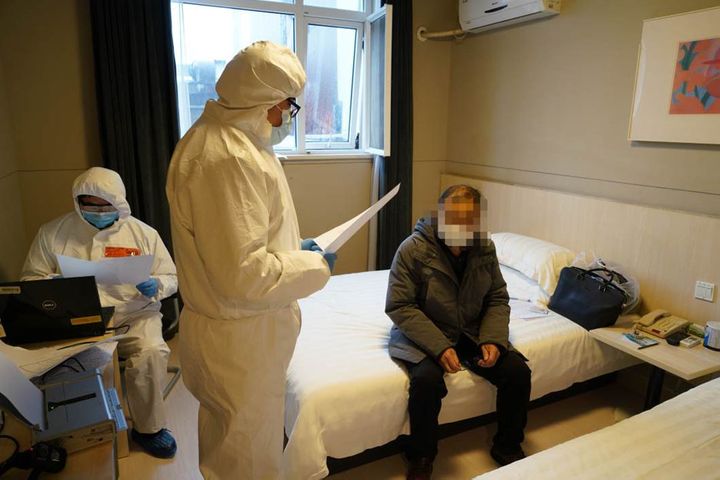 (Yicai Global) Feb. 14 -- A 60-year-old man surnamed Li, a confirmed coronavirus pneumonia patient, has been detained for impairing the prevention and treatment of infectious diseases after he recovered and was released from the hospital, Shanghai police said today. It is the first such case in the city.

Deliberately hiding the fact that he returned to Shanghai from the epidemic-affected area on Jan. 25, the man made multiple visits to public places, causing the quarantine of 55 close contacts for medical observation after he was diagnosed with Covid-19, according to the police.

He was placed under criminal detention after leaving the hospital yesterday. An investigation into the case is ongoing.

Another 28 Covid-19 patients in Shanghai have fully recovered and were released from the hospital today, according to the Shanghai Health Commission. That brings the number of discharged to date to 90.

No new confirmed cases were reported this morning, it added.

The city now requires all residential communities to set up 24/7 checkpoints at their entrances and exits to ensure temperature checks and record people's movements. They should also report on and transfer those with abnormal and higher temperatures immediately.

The Exit-Entry Administration Bureau of the Shanghai Public Security Bureau will continue to provide foreigners with services like visa extension and application during the epidemic prevention and control period to guarantee their legal stay.

According to Chen, the local police have cracked 26 cases involving the making or selling of counterfeit or substandard epidemic prevention material, arresting 60 suspects and seizing more than 30 tons of fake disinfectant.