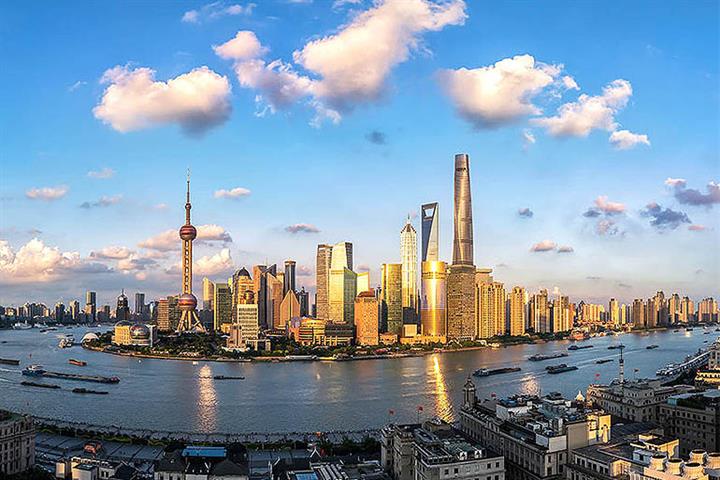 (Yicai Global) Aug. 2 -- Shanghai will construct a new power system with a higher share of renewable energy as well as a smart city power grid to help China achieve its carbon peaking and carbon neutrality goals.

The new power system and smart city grid will meet the demands of an international metropolis, have a larger proportion of renewable energy, allow intelligent interactions and run flexibly by 2025, according to the municipality’s recent carbon-peaking plan.

Shanghai has already made great strides to reduce its reliance on coal, and the share of coal in the city’s energy mix dropped to 31 percent at the end of 2020 from 37 percent in 2016.

“As renewable energy makes up a higher proportion in the energy mix, a new power grid is needed to cater to its particular nature,” Qi Kang, deputy general manager of Shanghai Energy Conservation and Emission Reduction Center, told Yicai Global. The instability of wind and photovoltaic power generation puts greater transmission and distribution pressure on the grid making higher demands for security and stability.

A virtual power plant is a cloud-based distributed power plant that integrates, coordinates and optimizes loads in order to provide an overall reliable electricity supply. It can serve as a micro energy storage system, act as a management platform to help industrial and commercial users receive the power grid’s dispatch orders and take part in spot electricity trading.

“Virtual power plants are moving from the initial stage to the medium phase nationwide and do not have a clear profit model yet,” Wu Ming, technical director of State Grid Shanghai Energy Internet Research Institute, told Yicai Global. Shanghai will put its advantages into full play and try to take the lead in the face of such great market demand.

Innovations in energy storage technologies can help conserve energy and cut greenhouse emissions from buildings, said Xu Qiang, chief engineer of Shanghai Research Institute of Building Sciences. Shanghai is exploring some projects that will reduce direct carbon emissions from properties to zero and cross-season energy storage is an important issue, he said.

“Direct carbon emissions from buildings are mainly from natural gas which is used as a heat source. If we can overcome difficulties in energy storage and collect the heat energy in summer then transmit it indoors during winter, heating in the cold months will no longer be a problem and carbon emissions will drop greatly,” Xu said.