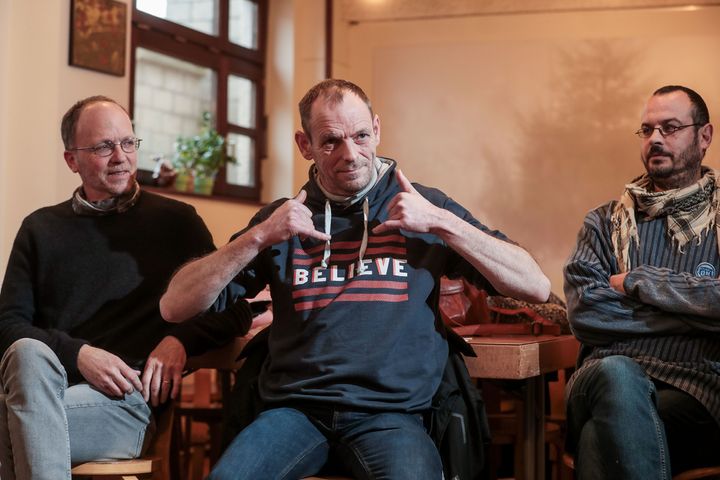 Sign Language Training: a Welcome Gesture in the Tourism Sector

(Yicai Global) June 24 -- Does choosing to learn sign language sound like a crazy idea? Not to the staff at Bouillon Youth Hostel in southern Belgium. Last January, they took lessons in a language that is rarely practiced in the tourism sector.

The woman behind the initiative is Dominique Duchatel, director of the youth hostel chain Les Auberges de Jeunesse, which counts 10 establishments across the country. "I've been taking sign language evening classes myself for the last three years. The deaf community got to know about it, so much so that we recently hosted several groups of deaf persons. So I thought it would be a good idea for all of my staff to learn it, too," she explained. The goal was for her team to master the basics of communicating in sign language, but also for them to understand how best to welcome deaf clients, whose needs are a little different.

The 13 staff members at Bouillon Youth Hostel turned to Annie Devos, a sign language interpreter, to help them with the challenge. The canteen where the training took place was not exactly silent. "Even though I'm introducing them to sign language, I still use the spoken word. It's important for me to raise awareness about certain things, especially when it comes to the context and culture of the deaf community," the interpreter said. Raising awareness about the particularities of this community helps to break down popular misconceptions. "The first thing that a hearing person should understand is that a deaf person isn't mute. The deaf person simply uses different forms of expression. We should ban the term 'deaf-mute' from our vocabulary," Devos emphasized.

The introductory phase touched upon some important things to know when communicating with deaf and partially deaf persons. For example, Devos said, "For hearing people, the initial reflex is often to call out to a deaf person, which doesn't work at all. To get a person's attention, a better idea is to knock on a table – which creates little vibrations, or to make big gestures within the person's field of vision, or to turn a light off and on several times."

Many of the insights shared in the sesessions will help the stafff acilitate interactions between hearing and non-hearing guests. "At the canteen, for example, if we have both a hearing group and a deaf group, we can explain all these things to the hearing people. We can explain to them that deaf people make a lot of noise without realizing it, that they can knock on the table to say'Bon appétit'  to each other… Perhaps in some cases that will encourage them to interact," Duchatel said.

Once the important "awareness" phase was over, the trainees delved into actual language learning, and discovered a first major hurdle: learning to think in images."Hearing people tend to get stuck on certain words they want to explain, and they try to translate word by word. But a deaf person doesn't function like that, a deaf person thinks in images. So we need to force our brains to think the same way," Devos explained.

One of the best ways to try this out is through mime games, before moving on to the basic concepts of sign language. "First, they learn all the basic greetings: hello, thank you, goodbye. But I try not to teach them too much vocabulary; they wouldn't be able to remember it afterwards. The aim is not for all of them to be bilingual at the end of training, but to know enough to get by," the interpreter said. To help them out, Devos considered the different jobs at the youth hostel. Nobody was forgotten, from the cook to the tourist guide to maintenance personnel. In this way, each of them could learn the basic vocabulary needed in his or her specific role.

It did take some effort to get used to signing. But if some of the staff felt too embarrassed to try it at first, their fingers and hands soon loosened up. "It's really enjoyable, fun and very enriching," Jérôme, assistant director of the hostel, said. "At first, you're a bit afraid you won't manage it, but actually everyone can do it." His colleague Véronique, a tourist guide, agreed: "You learn so much and it really has opened us up to new possibilities. I'd already adapted my guided tours so that they were suitable for people with physical disabilities and the blind, but never for the deaf. Now I'll be able to do it."

This sign language training course, tested at Bouillon over nine days, was an effective pilot project. Across Belgium, the entire Les Auberges de Jeunesse network might take up this approach in the near future – a move sure to delight those affected by deafness in the country. In 2017, they accounted for 8.6 percent of the population, or 972,103 people, according to the Francophone Federation for the Deaf in Belgium (FFSB).