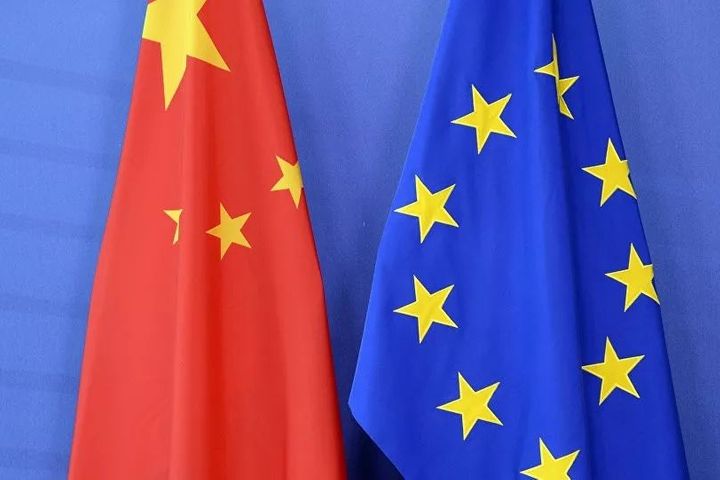 (Yicai Global) Sept. 26 -- The well-known think tank Bruegel hosted a gathering of economic experts on the Chinese and European Union, under the theme "Peril and Potential: China-US-EU Trade Relations". Against the backdrop of rising protectionism, the world is facing challenges related to free trade and the underlying international trade system, experts said.

"It is clear that trade is not a zero-sum game, as each side can benefit from economic exchanges," said Guntram B. Wolff, director of Bruegel, in his welcoming remarks, adding that there are some worries about US President Trump's announcements about trade and also concerns about the Chinese model and the Western European model of trade.

Wei Jianguo, vice-chairman of China Center for International Economic Exchanges and former vice-minister of commerce, said in his speech that: "China and the EU, both major economies in the world, should seek a road of mutual benefits as they face the current international trade uncertainties."

Chinese and European think tank experts compared notes and put forward their solutions in a bid to create a win-win outcome.

Herman Van Rompuy, former president of the European Council, and former prime minister of Belgium said the European Union wants a positive agenda with China about what we can do together with our bilateral relationship. China and the EU will then stand stronger in our endeavor of keeping the world economy as open as possible.

Zhou Xiaochuan, president of China Society for Finance and Banking and adviser to the China Center for International Economic Exchanges said there is some basic consensus between China and the EU, such as supporting the multilateral trading system, increasing investment liberalization, resisting protectionism and unilateralism and combating climate change.

Both sides support the rules of the WTO, and also advocate further reform, he added.

The main point of concern is the trade war between China and the United States. The goal of the game may be domestic politics rather than economic and trade relations. We hope that this kind of game can gradually return to the rational, calm and balanced track, based on the global situation and interests, said Zhou.

He believes that the communication and cooperation between China and the EU are essential and beneficial for all, no matter what situation arises.

"I also want to talk about the relations between the US and Europe. Not long ago, Trump said Europe is the biggest rival of the US, while European leaders called that fake news and reaffirmed that Europe is its best friend. The anecdote shows that the US and Europe are redefining their relationship, which can be seen in disputes on globalization and multilateralism. From the perspective of EU integration, I believe that Europe will insist on multilateralism,"Ruan said.

Alicia Garcia-Herrero, senior fellow of Bruegel said during her speech that she truly believe that China has a chance to bring Europe closer. And China needs to open up, while European companies need to learn more about China's policies and how to enter this market.