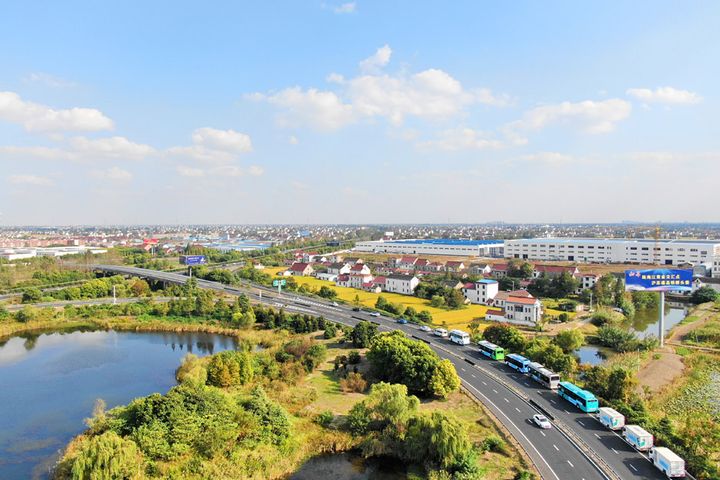 (Yicai Global) May 31 -- China is promoting the integration of cities in the Yangtze River Delta region. What are the industrial structures of each city within the country's largest Yangtze River Delta city cluster? Yicai Global collected data from 26 cities in the region and analyzed the economic geographical distribution of the city cluster to find out.

The Yangtze River Delta region consists of Shanghai city and Jiangsu, Zhejiang, and Anhui provinces. It has 26 cities with an area of 217,700 square kilometers and a total population of 154 million. These cities had an aggregate GDP of CNY17.9 trillion (USD2.6 trillion) last year, making up 19.8 percent of China's total.

Shanghai, Suzhou, Hangzhou, Nanjing, Wuxi and Ningbo, mainly located in southern Jiangsu province and along the coast of Hangzhou Bay, have the biggest economies in the region. They make up six of the 16 cities in China that have a GDP of more than CNY1 trillion.

The GDP of seven cities was less than CNY200 billion, all of which, except Zhoushan, were in Anhui province -- where cities are much smaller and several have populations of less than 2 million.

The tertiary industry in three of the 26 cities made up over 60 percent of their GDP: Shanghai, Hangzhou and Nanjing.

The structure of the three major industries is an important indicator in measuring the quality of economic development. Central cities often gather a large volume of financial, educational and transport resources. Their tertiary industries make up a relatively high proportion of GDP and can greatly boost development in surrounding areas.

Tertiary industry in third- and fourth-tier cities Zhoushan and Jinhua made up 40 percent to 50 percent of their GDP. As an island city, Zhoushan has a well-developed tourism sector, while Jinhua is China's largest distribution center for small commodities and has the most developed county-level e-commerce sector in the country.

The number of high-tech companies is another indicator used to measure the industrial structure and competitiveness of a city. 11 of the cities had more than 1,000 last year, while Shaoxing and Anqing did not release such data.

Nanjing has performed particularly well in recent years. It boasts scientific and educational advantages with 53 local colleges and universities. Its overall strength is second only to Beijing and Shanghai.

Despite these rich resources, it has failed to link high-end production with modern industrial development. Being the largest city in Jiangsu, it should lead and help others improve in terms of resources, talent and innovation, Tian Boping, a researcher at the Jiangsu Provincial Academy of Social Sciences, told Yicai Global.

Nanjing is welcoming far more high-tech companies as it looks to become more innovative. Some 1,282 such firms set up shop there last year, 70 percent more than in 2017. It had 3,125 in total, on par with Wuhan and Chengdu.