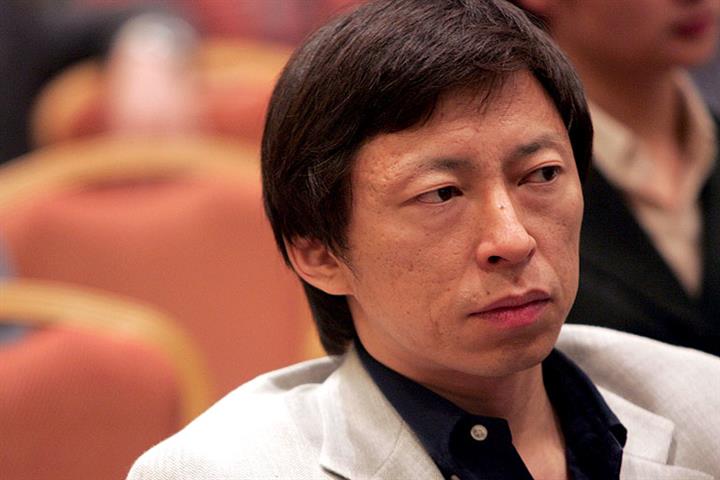 (Yicai Global) Aug. 11 -- The founder of Sohu.Com said the Chinese internet pioneer plans to remain listed on the US stock market as its compatriots consider their options amid a push by the Trump administration to removefirms from China and other countries that fail to comply with US accounting standards.

Sohu meets regulatory requirements, Zhang Chaoyang, who is also the Beijing-based company’s chief executive, said in an interview with Yicai Global and other media yesterday, when the firm released its second-quarter earnings report.

US President Donald Trump is seeking to delist or ban Chinese companies from domestic bourses unless they grant regulatory access to their audited books.Treasury Secretary Steven Mnuchin said yesterday that those failing to meet American accounting standards will be delisted by the end of next year.

A number of US-traded Chinese companies have recently announced or indicated plans to come off US stock markets by going private. They includeSina [NASDAQ: SINA], a leading internet portal operator that has been on the Nasdaq for 20 years, as well as online classified ad marketplace 58.Com [NYSE: WUBA] andinternet content and marketing services firm Bitauto Holdings [NYSE: BITA].

Apart from Sohu’s intention to remain a publicly traded corporation in the US, Zhang also said the company would “consider a secondary public offering, if it is available.”

Founded in 1995, Sohu was one of the first internet service providers in the mainland after China officially gained access to the worldwide web in April 1994. It joined the Nasdaq in July 2000.

Zhang did not comment on a question from Yicai Global about Tencent Holdings’ offer to acquire Sohu’s independent search engine Sogou. Sohu’s board has not reviewed and evaluated Tencent’s offer, the firm said in a statement yesterday.

Judging by its financial report, if Tencent acquired Sogou, Sohu’s operating revenue would halve. Zhang focuses more on the firm’s profitability than operating revenue, he told Yicai Global, noting Sohu will have more money to invest in online television series if the acquisition went through.

Sohu’s gaming revenue fell in the second quarter from the first as production and business operations resumed amid an easing of the coronavirus, and that trend is likely to continue this quarter. Sohu will not profit in the quarter from this segment because of gamers spending less and the high costs of promoting new ones, Zhang added.