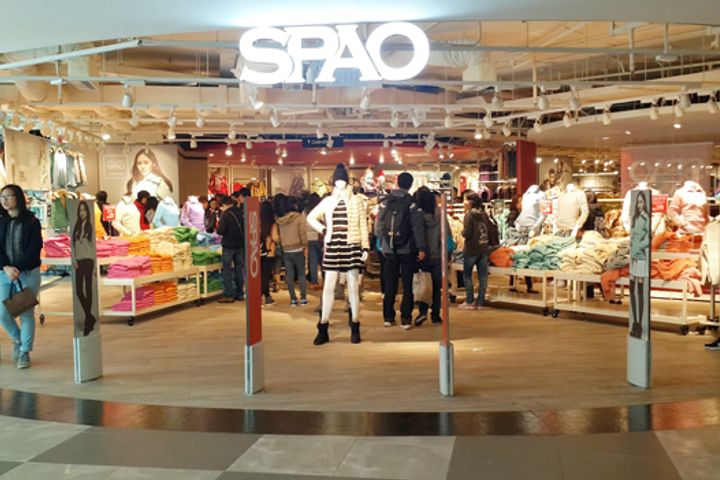 (Yicai Global) Nov. 2 -- SPAO, a brand owned by South Korea's E-Land Group, has officially closed its only store in Dalian in northeast China's Liaoning province, after which the number of its shops in China will shrink by nearly half.

SPAO, a well-known fast fashion brand of E-Land, has officially shut down its only store in Dalian and now has about 30 shops in China, Beijing Business Today reported.

SPAO sells a variety of apparel products including casual wear for men and women, business attire for men and underwear. It opened its first flagship stores in Shanghai and Beijing in December 2013. SPAO at one point had over 50 stores in China, including ones in popular business districts such as the People's Square in Shanghai.

However, some of its stores in Shenyang, Beijing, Chongqing, Wuhan, Chengdu and Qingdao have already been closed. Its store in Shanghai's People's Square, SPAO's first flagship store in China, is offering clearance sale. The store once achieved sales of over CNY4 million (USD605,000) in the first three days of its opening.

The closure of stores by SPAO is due to its lack of product competitiveness and product difference, which makes it difficult to compete with peers when it has yet to crack the Chinese market. Uncalculated pursuit of diversified products adds fuel to the fire, given the backdrop of declining sales of South Korean-branded clothing.