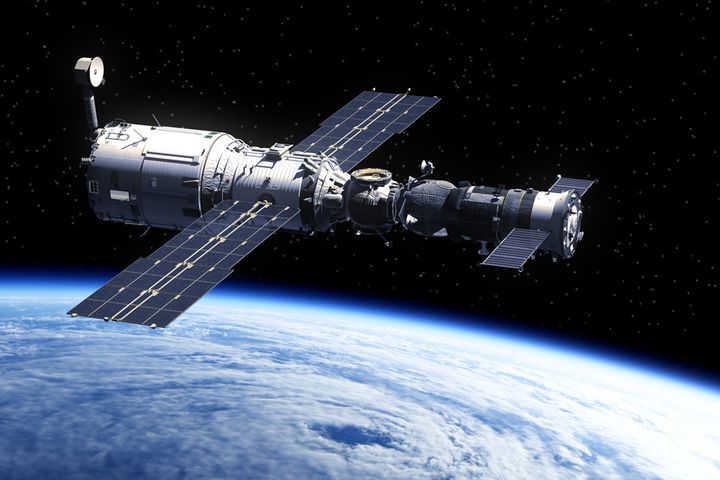 (Yicai Global) Jan. 21 -- The core module for China's first space station and its next-generation manned spacecraft arrived at a launch site in the country's southern Hainan province yesterday, proof that a test flight scheduled for the first half of this year is on track.

A core module prototype named Tianhe and a next-generation crewed spacecraft prototype have arrived at the Wenchang Spacecraft Launch Site, according to the China Manned Space Engineering Office. If all goes according to schedule, the two capsules will be launched on the Long March 5B rocket, which is due to arrive in Wenchang next month.

China's highly anticipated manned space station will operate as an off-world laboratory for scientific research and technical tests both inside and outside the capsule. Weighing 90 tons, it has a modular design and can be assembled in orbit. Due for completion around 2022, it should last for at least 10 years.

Tianhe is the largest object ever developed by China to enter space. At 16.6 meters long and with a diameter of 4.2 meters, it is big enough to accommodate three astronauts. It has a liftoff weight of 22.5 tons.

The next-generation spacecraft is designed for human spaceflight in low-Earth orbits and future lunar exploration missions. It consists of a crew module and a service module. The latter will provide propulsion, power and life support for the crew. At 8.8 meters long, it has a liftoff weight of 21.6 tons.

China is also planning a separate optical module called the Xuntian Space Telescope, with a field of view 300 times greater than Hubble, the US' National Aeronautics and Space Administration's space telescope. It will share the same orbit as the station and be able to dock with it for maintenance, repairs and supplies.