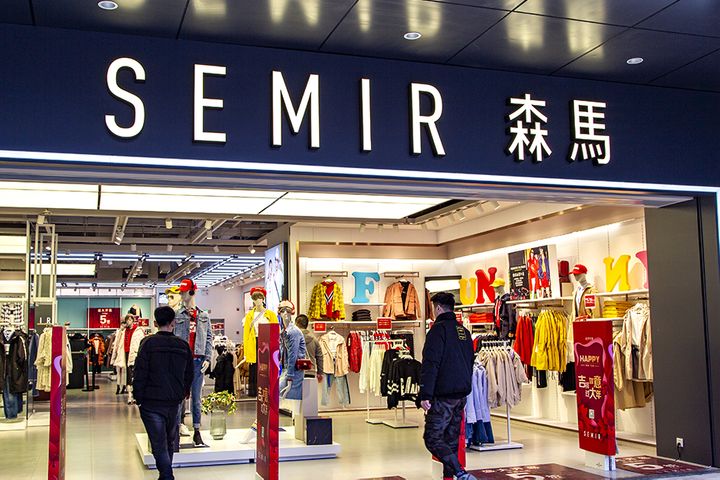 Metersbonwe recorded a net loss of CNY99.9 million (USD14.2 million), up from CNY12.97 million a year earlier, based on an operating revenue of CNY4 billion in an annual 27.3 percent drop. It logged a net loss of CNY238 million in the first nine months, compared with a profit of CNY40.14 million for the same time last year. The firm also projected an annual net loss of between CNY500 million to CNY1 billion (USD142 million). Semir Garment, meanwhile, registered a net profit of CNY1.3 billion in 2.8 percent annual growth based on CNY13.26 billion in operating revenue, a 35.82 percent rise on the year.

"The entry of overseas fast fashion and leisure brands such as ZARA, H&M, GAP and Uniqlo into China around 2000 put domestic leisure labels under huge operating pressure," Yang Dayun, a Chinese apparel industry brand management specialist, explained to Yicai Global. "Semir Garment seized upon the high growth stage for children's wear when its major brands became bogged down in slow growth. Balabala, Semir' s kids clothing brand, not only won it breathing room for the company's strategic adjustment but also paved the way for follow-up growth. Metersbonwe, by contrast, failed to hit upon such a stopgap when its major brands declined."

Both Metersbonwe, which formed in 1995 and Wenzhou-based Semir Garment, which was founded in 1996, evolved into industry leaders as they rode the wave of rapid rise of China's casual clothing culture. The two firms' development paths have diverged sharply in recent years, however, producing an ever-greater gap in business performance.

Different operating styles explain the huge spread between the two firm's business performances, said Yang. Semir Garment has relatively stable operations that consistently focus on its clothing business and product management while it constantly transforms and upgrades these. Metersbonwe is more open and has tried various new business modes, but none was a success and these failures dealt a grievous blow to its later growth, he added.