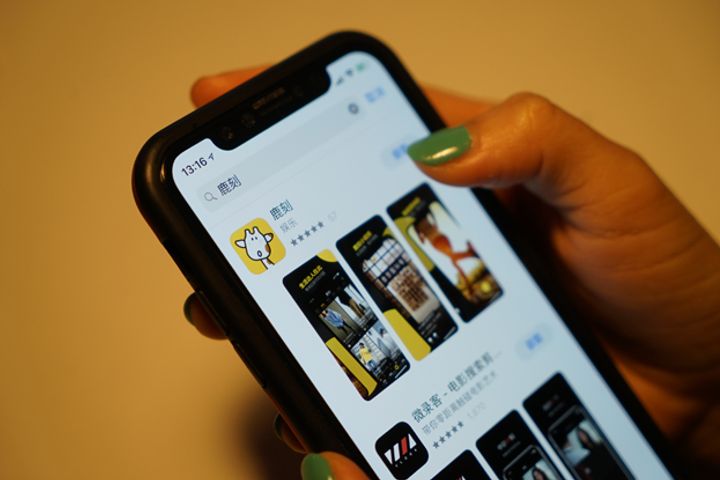 (Yicai Global) Sept.18 -- Alibaba Group Holding plans to further boost the leading position of its Taobao online shopping site in China's vast e-commerce market with the launch of a standalone mobile app that aims to capitalize on the popularity of short-videos in the country.

Available since Sept. 10, the app allows users to show off purchases made on the website through short videos, which also include embedded links to the seller's Taobao page. Called Lu Ke, the app's name apes the English word 'look' and can be downloaded onto Android and iOS phones.

Lu Ke was created by a developer from Duoxiang Network Technologies, according to its in-store description. Hangzhou-based Duoxiang is a unit of business incubator Ali Venture Capital that Alibaba co-founders Jack Ma and Simon Xie set up in 2006.

Alibaba was long rumored to be interested in moving into the short-video space. The Hangzhou-based company launched an artificial intelligence-based video generator known as Aliwood in April, which allows Taobao sellers to easily create content about their products.

Taobao aims to benefit from the popularity of short-video platforms, whose popularity in China has gone through the roof. The market's total value nearly tripled last year to CNY5.7 billion (USD900 million), according to a report from digital media data firm iResearch.

Competition has intensified with the presence of multiple apps backed by some of the country's biggest names in tech. Bytedance Technology's Douyin, known as Tik Tok overseas, leads the pack with 300 million active monthly users. Other players include Tencent Holdings' Kuaishou and another Bytedance product called Huoshan.

In terms of user interface, Lu Ke resemblances Tik Tok. Video length parameters, as well as tools for interacting with other users, are also similar to the market leader.

But Lu Ke focuses more on providing users with a question-and-answer platform and e-commerce shopping guide. Questions can be added to videos with the option to invite others to provide responses. Users can also choose questions that they would like to answer.