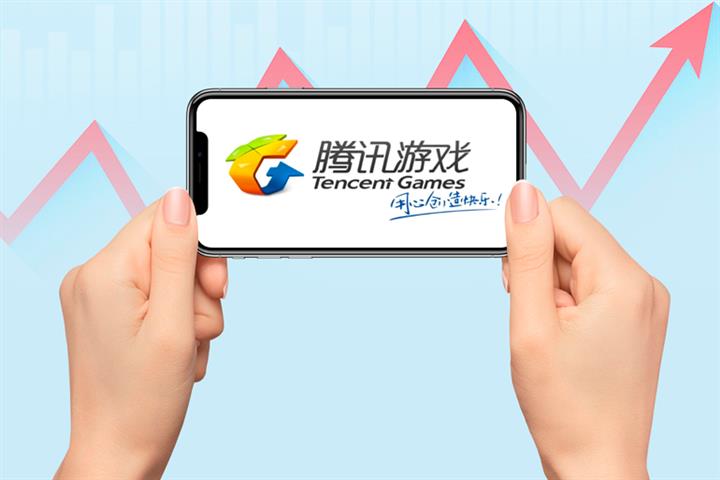 (Yicai Global) May 14 -- Tencent Holdings's stock price reached a two-year high this morning after the Chinese tech giant said that its net profit climbed 29 percent in the first quarter from a year ago, driven by its robust gaming business during Covid-19 social distancing measures.

The Shenzhen-based firm's net profit widened to 27.1 billion (USD3.8 billion), according to its earnings report published yesterday after the Hong Kong market closed. Its revenue rose by 26 percent to CNY108.1 billion (USD15.4 billion) from a year earlier.

The company's user base of paid content, including music, games, and videos, expanded by 19 percent to 197 million, resulting in a related revenue jump of 27 percent to CNY62.4 billion.

Some of the quarter's most popular games were PlayerUnknown's Battlegrounds Mobile, Clash of Clans, Peacekeeper Elite and Kings of Glory, which helped the firm's online game revenue to increase by 31 percent to CNY37.2 billion.

Meanwhile, Tencent's cloud computing unit had tailwinds abroad. Over the quarter, Tencent Cloud cooperated with half of South Korea's top 20 game publishers. And there should be more to come, as the unit expects to triple its revenue in the Japanese market this year.

Besides games, another virus-resistant segment was fintech. The company's income from corporate and financial services, including its WeChat Pay mobile wallet, climbed by 22 percent to CNY26.5 billion. Recovery from the economic impact of the Covid-19 epidemic has been swift as during the last week of April, WeChat Pay's average daily transaction volumes returned to the levels of the end of last year before the shutdowns began.

Surprisingly, advertising revenue was strong despite the pandemic, rising by 32 percent to CNY17.7 billion. Social media ads, including those on WeChat Moments, jumped by 47 percent to CNY14.6 billion as people consumed more content while stuck at home. However, media advertising was slowing as sporting events were called off amid the epidemic.

The number of monthly active users on both Chinese and overseas versions of the company's flagship platform WeChat widened by a total of 18 percent to 1.2 billion over the quarter. Meanwhile, the daily active users of WeChat mini-programs exceeded 400 million. A highlight was the international version of Tencent Meeting as usage increased by six times as more people worked remotely.