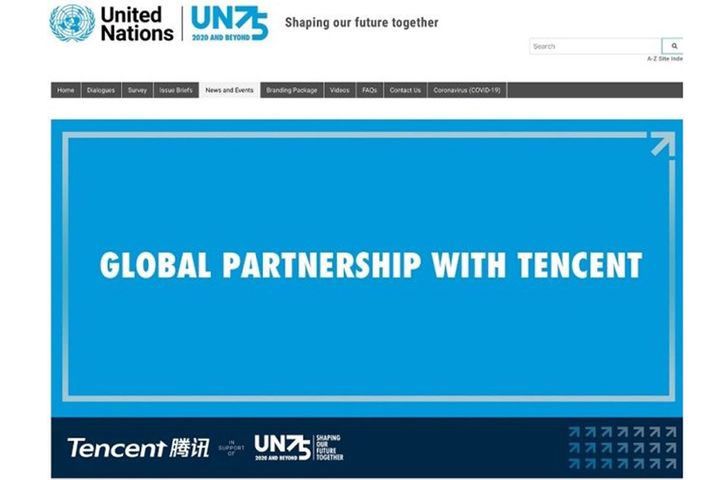 (Yicai Global) March 31 -- Tencent Holdings, one of China's best-known tech firms, has agreed to provide technical support for thousands of online conferences the United Nations will hold to celebrate its upcoming 75th anniversary.

Tencent will offer the UN75 campaign video conferencing and digital dialogue tools to boost outreach for the initiative, which aims to give millions of people worldwide chance to express their thoughts on how the world should look in 25 years, the UN said online yesterday.

The Shenzhen-based firm will be the second to win favor in global teleworking and online education since the Covid-19 pandemic began. The United Nations Educational, Scientific and Cultural Organization earlier recommended Alibaba Group Holdings' DingTalk to 421 million students in 39 virus-hit countries and regions to facilitate learning from home.

The UN will be calling on citizens from around the world to engage in dialogue by participating in online discussions it will host using Tencent's VooV Meeting app, WeChat Work and Tencent Artificial Intelligence Simultaneous Interpretation, the organization said. These apps have over 70 million users combined and Tencent AI SI receives 600 million translation requests each day -- it also featured at the World Economic Forum.

The UN will also run one-minute surveys asking for opinions on major global challenges that Tencent will distribute across its myriad of apps, including WeChat and QQ, it added. Results from the survey will be officially presented to world leaders and UN executives at a high-profile event in September.