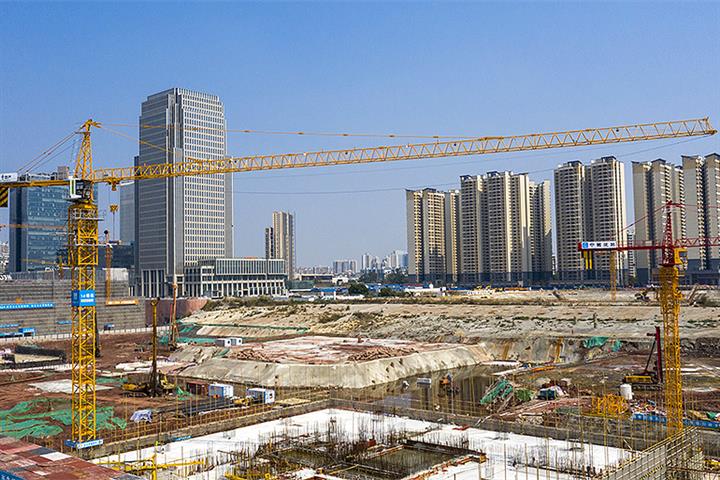 (Yicai Global) Oct. 13 -- Land rights auctions have been slow in a number of Chinese cities recently as developers battle with tight liquidity, but the lack of revenue will not be enough to force local governments to relax real estate restrictions brought in to prevent overheating, experts said.

Just under a third of 700 land lots whose usage rights were put up for auction in 15 cities, including Beijing, Shanghai and Guangzhou, as of Oct. 7 went unsold or the transactions fell though, according to Citic Construction. And those that were successful averaged a premium of just 4.9 percent.

Many developers have adopted a conservative strategy in the second half and are focusing on promoting sales, collecting payments and controlling debts, said Zhu Jin, real estate analyst at Citic Construction.

"Survival is more important than development in this period," said an executive of a large real estate firm.

Some insiders believe, though, that the weak demand is part of a ploy by developers to force local governments to ease restrictions, as the income is an important part of fiscal revenue. However, an insider at Wuhan’s Bureau of Finance told Yicai Global that should there be a shortfall they can find a way round it by reducing expenditure and applying for help from the central government.

The robust land right sales at the beginning of the year will mitigate the risks from the bad results in the second round, buffering local government’s income, a Hong Kong-based analyst said.

“The days when real estate giants can make a quick buck are over,” an executive said. “Developers should not underestimate the government’s determination to change market logic and should not harbor expectations of eased regulations.”