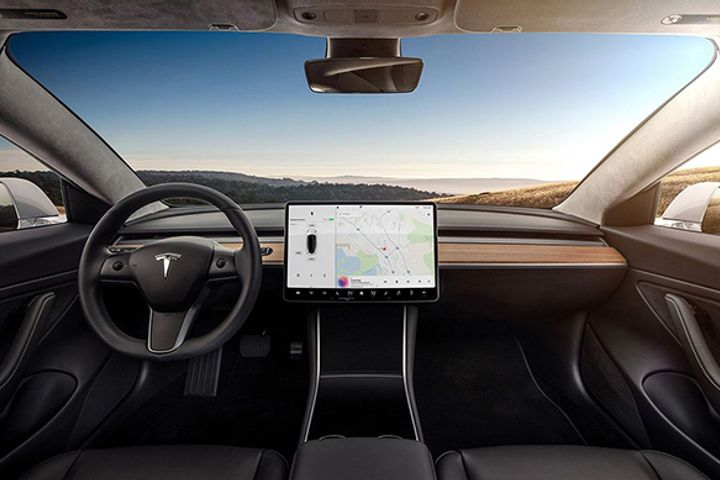 (Yicai Global) Feb. 28 -- Electric carmaker Tesla Inc. has admitted that its self-driving feature was responsible for the collision that caused the death of a 23-year-old Chinese man more than two years ago.

Tesla disclosed that the Model S Gao Yaning was driving was in Autopilot mode when it collided with a road sweeper on Jan. 20, 2016, China's state broadcaster CCTV reported, quoting a lawyer from a follow-up suit filed by the driver's father. The report did not state whether the source was the complainant or defendant's representative, but said Tesla was presented with substantial evidence for the plaintiff's case.

Gao's father Gao Jubin sued Tesla six months later for over-selling its Autopilot system and failing to disclose its limitations. He claimed that the car was in self-driving mode when his son died on the Handan section of the Beijing-Hong Kong-Macao Expressway in Hebei province. Jubin requested the Chaoyang District People's Court in Beijing order an independent investigation into the crash at a hearing on Sept. 20, 2016.

"If you are on Autopilot you can just sleep on the highway and leave the car alone; it will know when to brake or turn, and you can listen to music or drink coffee," Jubin told auto news outlet Jalopnik in a two-hour interview this month, summarizing what a Tesla salesperson had told him when he bought the vehicle.

The accident came four months before a similar, more publicly-known incident occurred in Florida, but Jubin kept the lawsuit under wraps until September that year. There have been several other Autopilot crashes since, including a driver whose Tesla plowed into a fire truck on a California highway last month but caused no injuries.

Police had initially concluded Yaning was responsible for the crash, but advised there was no evidence that the car's brakes had been applied. Tesla claimed the car had sustained too much damage to determine whether or not Autopilot was in use at the time of the accident.