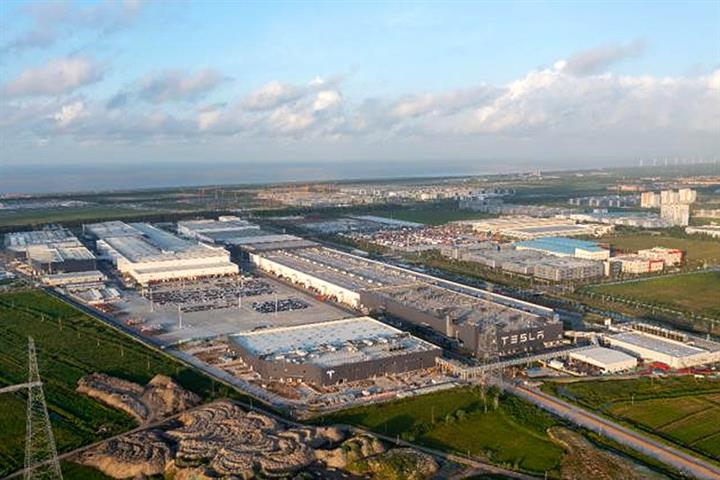 (Yicai Global) Oct. 26 -- US electric vehicle giant Tesla, which this week became a USD1 trillion company, has completed its first overseas research, development and innovation center as well as its Gigafactory data center in Shanghai.

The two centers will be put into operation soon, the California-based company said at a press conference yesterday.

Tesla will store all data generated in China in the country and enhance cooperation with regulators, founder and Chief Executive Elon Musk has said. The new data center will store business information, including that about factory production.

With the completion of the two centers, Tesla has fully advanced its localization strategy in China, the world’s largest EV market. China has become one of Tesla’s main production locations and export centers since the Gigafactory was finished in 2019. The Shanghai’s plant sold over 300,000 vehicles in the first three quarters of this year, of which more than 100,000 units were exported.

The new R&D center aims to design, develop, and make Chinese culture-featured cars and energy products and then export them overseas. Tesla has already recruited talent for nearly 100 positions including chief designer, Yicai Global learned from the company.

The R&D center, based in the Lingang area of the Shanghai Pilot Free Trade Zone, has not only enabled Tesla to step into a new stage of its localization process, but also offers a localized talent training model for the industry, making China’s smart auto sector move faster toward a prosperous R&D system, Tesla China President Zhu Xiaotong said.

Full localization is likely to cut EV production costs in China. But Tesla did not comment on speculation that the automaker will release an EV in China priced at about USD25,000. The entry-level Model 3 sells for a minimum of CNY235,900 (USD36,920) in the country.