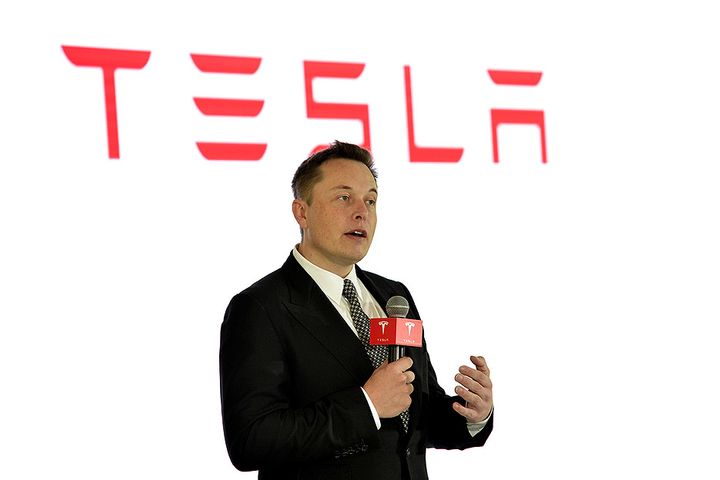 (Yicai Global) Jan. 7 -- Tesla founder Elon Musk will attend a ceremony in Shanghai today to mark the occasion of the first China-made Model 3 sedans being handed over to members of the public, the Beijing News reported, adding that the US electric automaker will also start taking orders for its Model Y sport utility vehicle built in the country.

Tesla delivered made-in-China Model 3s to 15 employees on Dec. 30 to mark the vehicles' entry into mass production and completion of its Gigafactory in Shanghai, the California-based company's first production line outside of the US.

Musk was also present when the Shanghai plant officially broke ground on Jan. 7 last year. At that event, he said it would produce the Model 3 with upgraded standard mileage as well as the Model Y, Tesla's fifth vehicle type. The SUV was unveiled mid-March at a starting price of USD39,000. Tesla can greatly reduce investment in the car's research and development because it is based on the Model 3.

Progress in installing the model's production line is going faster than expected, and the firm's California plant will begin trial production this summer, a quarter earlier than originally planned, Tesla said in its third-quarter earnings report. The Model Y is expected to be mass produced by mid-year in batches of about 1,000 a week, Musk said.