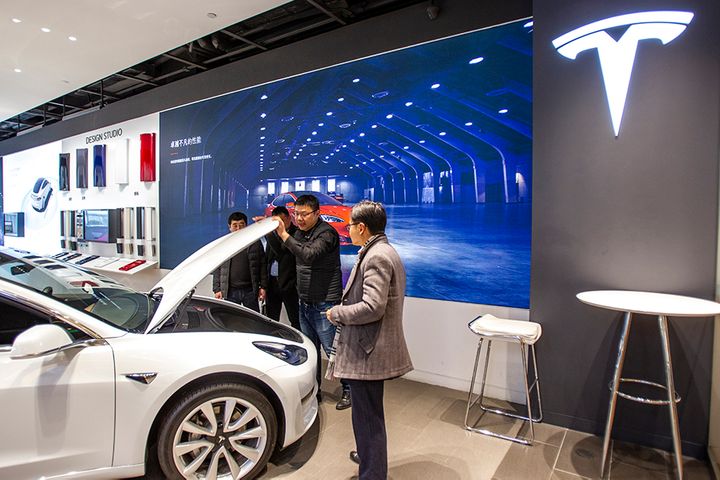 (Yicai Global) Sept. 3 -- A group of Tesla owners are seeking a roughly CNY99,000 (USD13,810) refund from two Chinese regulators after the watchdogs made the American electric carmaker's vehicles exempt from the national purchase tax.

The owners, who signed off the letter to the Ministry of Industry and Information Technology and State Administration of Taxation as 'country-loving taxpayers and Tesla owners', said they believed they were eligible for a sales tax rebate on their car purchase but were uncertain after speaking with local authorities.

The two regulators announced an updated catalogue of new-energy vehicles exempt from the 10 percent tax on Aug. 30, which included all 11 versions of China's Models S, X and 3 available in the country.

The Ministry of Finance and other agencies brought in the exemption policy at the end of 2017, stating that anybody buying an eligible NEV from 2018 through 2020 would be eligible to have the tax refunded so long as they paid it before Aug. 30, 2019.

The Tesla owners, who did not disclose how many they were in number, believe that as they paid the tax on what is now a tax-exempt vehicle they should be eligible for a refund.