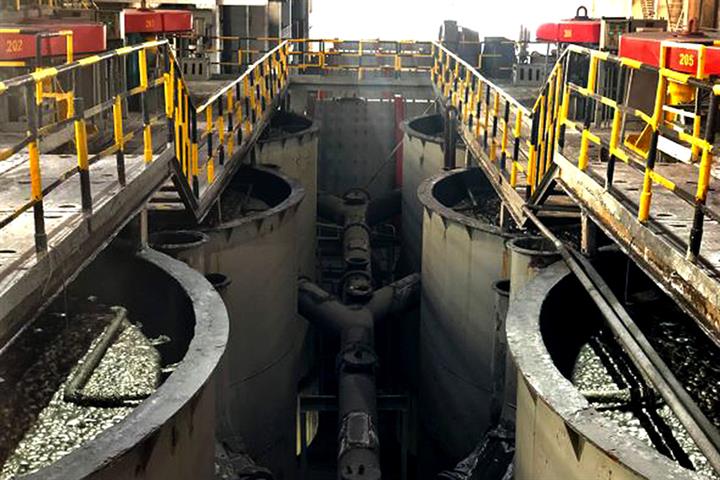 That Tsingshan Can Suddenly Find 200,000 Tons of Nickel Is ‘Hard to Believe,’ Industry Insiders Say

(Yicai Global) March 10 -- The way that Tsingshan Holding Group, the world’s second-biggest nickel producer, was able to conjure up enough product overnight to meet its estimated short position on 200,000 tons of nickel is ‘hard to believe,’ a number of Chinese industry insiders told Yicai Global.

It would certainly be a wonderful thing if Tsingshan was really able to find enough nickel for delivery, they said. But given that overseas and domestic inventories are both so low, it is hard to believe it possible to secure that much supply over such a short period, they added.

Tsingshan, which was estimated to stand to lose as much as USD12 billion should it close out its 200,000-ton short positions, has gathered enough spot products for delivery, the Securities Daily reported yesterday, citing the Wenzhou, eastern Zhejiang province-based company.

"I am not sure whether the nickel is compliant with delivery specifications nor whether it can be delivered on time," a Tsingshan employee told Yicai Global yesterday. It should be noted that China’s entire nickel production capacity is around 160,000 tons a year.

Tsingshan has been at the center of a commodities maelstrom over the past few days during which the London Metal Exchange halted all trading of the metal on March 8 and the Shanghai Futures Exchange suspended its main contract on the same day due to wild fluctuations in the price.

Nickel futures prices on the London bourse jumped almost three-and-a-half times to USD101,365 a ton on March 8 from the day before. While Shanghai’s most-traded nickel futures contract soared to CNY228,810 (USD36,235) a ton that day.

Since the announcement that Tsinghua will be able meet its obligations, prices have started to fall. Nickel futures contracts in Shanghai due in August fell 17 percent in after-hours trading yesterday to CNY211,500 (USD33,466) per ton. Analysts say a price crash could hit those investors who drove up the price hard.