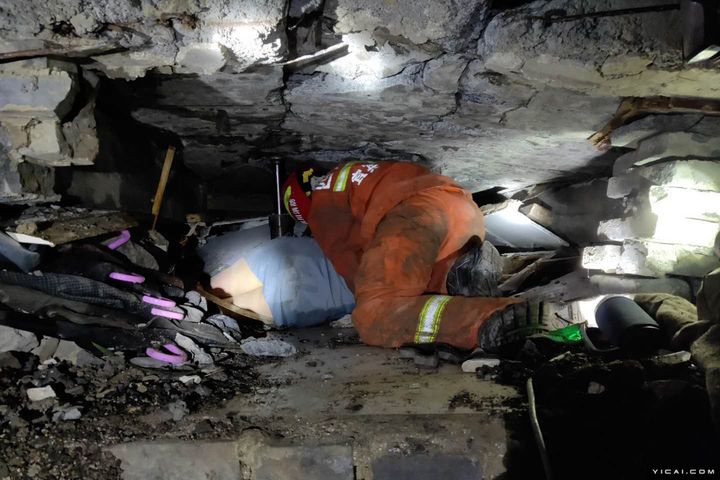 This Was My Home, a Villager Says in Quake-Hit Yibin

This was my home, a villager said, pointing at a building reduced to debris.

A woman stood in front of a former house, holding a child whose mother was confirmed dead.

A victim who was trapped inside a collapsed building was found.

A dead eight-year-old boy buried under debris was found.

Rescuers tried to move big rocks to clear a road.