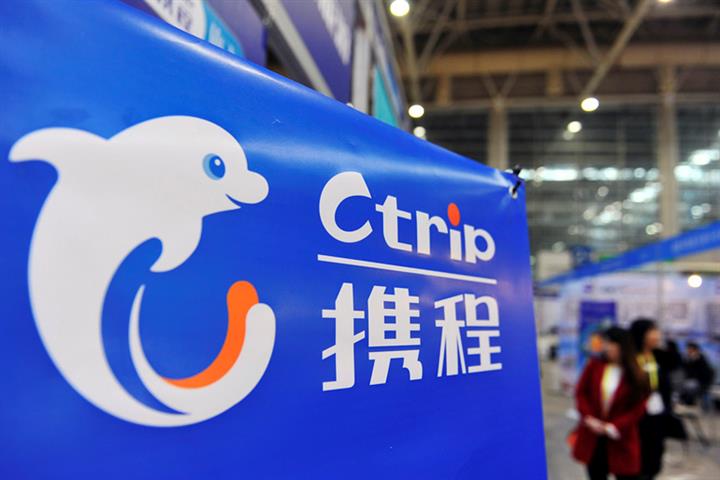 (Yicai Global) April 7 -- Online travel platform Trip.com Group has filed for a secondary share sale in Hong Kong, making it the latest in a string of big Chinese tech giants already listed in the US to hedge their bets and seek a safe haven on home shores.

Trip.com, which is the world’s largest online travel site by gross merchandise volume with a 2.3 percent market share in 2019, will now become the first e-travel agency to be listed in both the US and Hong Kong, the Shanghai-based company said yesterday. The funds raised will be used to expand its services as well as hike research and development into artificial intelligence, Big Data, virtual reality and cloud technologies, it added.

E-commerce giant JD.com, internet titan Baidu and video sharing site Bilibili have all sought a second listing in the special administrative region within the last year to raise extra funds and to also spread their risks after US regulators brought in an Accountability Act last December that will increase US scrutiny of foreign firms’ accounts and could force many Chinese firms to delist.

Chinese stocks listed in the US tend to be undervalued, so by going public in Hong Kong, Trip.com is also aiming to raise its market value, Zhao Huanyan, chief knowledge officer at Huamei Consulting, told Yicai Global.

After a dreadful year during which the Covid-19 pandemic ravaged tourism, Trip.com finally swung into the black in the fourth quarter last year. Net profit was CNY1 billion (USD155 million) in the three months ended Dec. 31, according to the firm’s latest earnings report released earlier this month. This compares to a CNY2 billion loss in the year-earlier period.

For the full year, Trip.com, which counts Beijing-based Baidu as its biggest shareholder, reported a net loss of CNY3.3 billion, versus a CNY7 billion profit in 2019. Revenue stood at CNY18.3 billion (USD2.8 billion), down 49 percent from 2019.