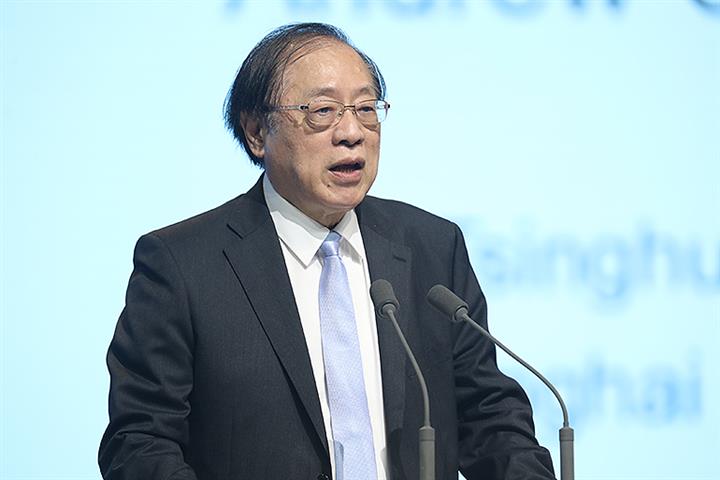 (Yicai Global) June 22 -- The dean of the Institute for Interdisciplinary Information Sciences at Beijing’s Tsinghua University has won the 2021 Kyoto Prize in advanced technology.

Yao Qizhi, also known as Andrew Chi-Chih Yao, was among those honored this year, when the Inamori Foundation announced the recipients of the Kyoto Prize -- known as the ‘Japanese Nobel Prize’ -- on June 18.

The foundation said that Yao had “created new trends in computer science and made a great contribution to cutting-edge research in various areas, especially in security, secure computing, and quantum computation through establishing innovative fundamental theories for computation and communication.

“His achievements are continuing to influence current real-world problems such as security, secure computing, and big data processing.”

The other two winners of this year’s Kyoto Prize are American Robert G. Roeder for basic sciences and Bruno Latour for arts and philosophy. Roeder is a biochemist, molecular biologist, and a professor at the Rockefeller University, while Bruno Latour is a French philosopher and emeritus professor at the Paris Institute of Political Studies.

The Kyoto Prize is an international award given by the non-profit Inamori Foundation to honor those who have contributed significantly to the scientific, cultural, and spiritual betterment of humankind. Every year, a prize is awarded in each of the three categories, with the recipient presented with a certificate, a medal and prize money of JPY100 million (USD901,000).

The 2020 awards were postponed due to the impact of the Covid-19 pandemic.

Deng Qingyun, an American scientist of Chinese ancestry, won the 2019 Kyoto Prize in advanced technology in recognition of his pioneering contribution to the creation and application of organic light-emitting diodes.