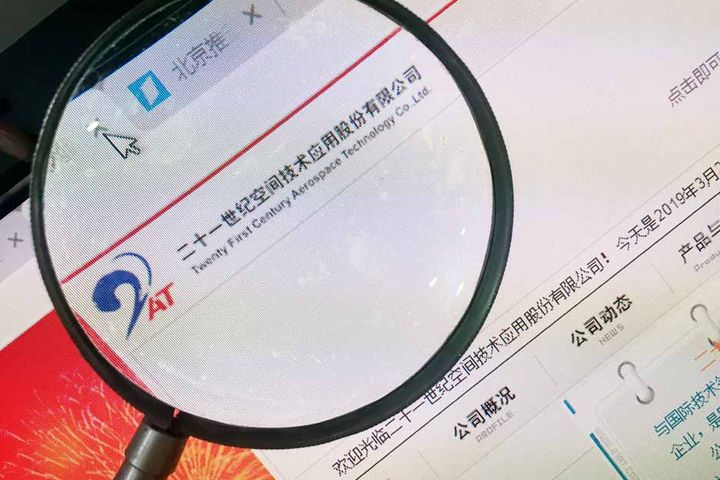 The Beijing-based space enterprise, which recently inked a technical contract with Airbus, became one of the second batch of companies whose applications for listing on the new board were accepted yesterday. The board, which aims to make it easier for Chinese tech startups to go public, is scheduled to kick off in the first half of this year.

The company had a net profit of CNY72.02 million last year on revenue of CNY600 million, and it had assets worth CNY2.05 billion, with a debt-to-asset ratio of 42 percent.

Twenty First Century signed a strategic cooperation agreement over the new generation of satellites with very-high resolution with European plane maker Airbus on March 25. The collaboration will promote its research on relevant technologies and development of applicable products, and provide high-resolution spatial data and services for investigating natural resources, environmental monitoring and other fields, it said.

CNY397 million of the funds raised will be used to build an application platform for spatial Big Data. CNY177 million will go to improving data capture through satellite-to-earth observation.

The firm will also spend CNY36 million on a research and development center in North America, CNY45 million on an R&D hub in Europe and CNY42.8 million on a ground systems project for remote-sensing satellites in western China.