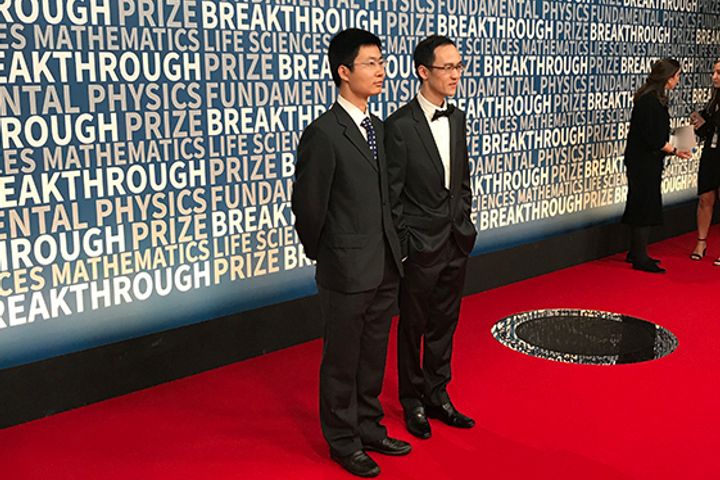 (Yicai Global) Dec. 4 -- Two Chinese mathematicians have won the 'Breakthrough Prize' honoring the most outstanding achievements in the fields of life sciences, basic physics and mathematics, the Paper reported today.

The winners of the 'Breakthrough Prize' has been announced at the NASA Ames Research Center in San Francisco, California, the US. The winners will receive a total of USD22 million prize money.

The single item category of the 'Breakthrough Prize,' which aims to honor the most outstanding achievements in the fields of life sciences, basic physics and mathematics, grants USD3 million as the largest amount of prize money for the science field. As a reference, the Nobel Prize's single category award is SEK9 million (USD1.07 million).