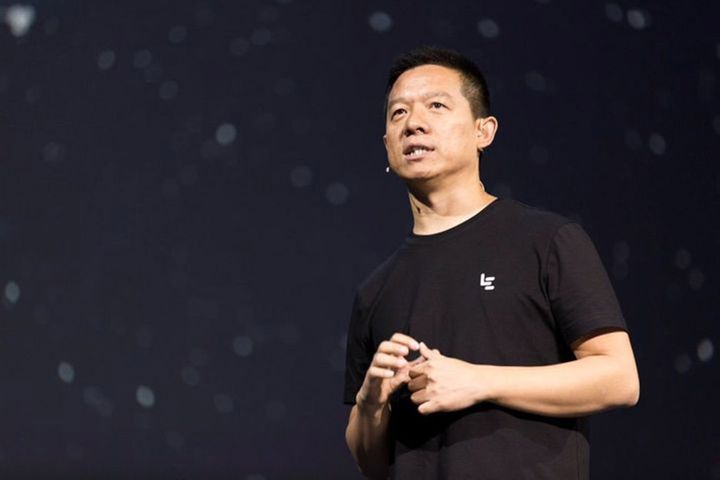 (Yicai Global) Oct. 14 -- Jia Yueting, the Chinese billionaire who left China two years ago after running up massive debts, filed for bankruptcy and restructuring in the US yesterday. Once the process is completed, he will no longer own a stake in Faraday Future, the new-energy vehicle startup he founded five years ago.

A trust controlled and managed by a committee and a trustee will be set up to ensure the rights and interests of creditors, the team in charge of Jia's liabilities said in a statement on social media today. The 46-year-old will transfer all of his personal assets, including his holding in California-based Faraday Future, relevant benefits and interests to creditors in this way.

More than 90 percent of Jia's debt is guaranteed by his China businesses. So far he has repaid more than USD3 billion of a total USD3.6 billion. Less the frozen domestic assets yet to be disposed of and convertible shares of the guaranteed debt, the net liability is about USD2 billion, his Debt Project Team said in the statement.

Jia set up Leshi Internet Information and Technology in Beijing in 2004, building the firm into a diversified group with multiple businesses, including television dramas and movies, mobile phones and cars. He was included in Hurun Report's rich list in 2016 with a personal wealth of CNY42 billion (USD5.9 billion). But in 2017, Leshi had a financial crisis. Jia then left China for the US to focus on Faraday Future. Back home, he faces a series of debt lawsuits and litigations that remain unresolved.

Under the new plan, his creditors retain the right to dispose of all Chinese assets originally frozen by Jia and other direct debtors, and the original debtors and guarantors, with the exception of Jia, will continue to perform their debt repayment obligations.

After completion Jia's personal guarantee and debt obligations will be deemed to have been discharged. He can then return to China to promote and implement Faraday Future's dual-home strategy, which will bring great impetus to the company's fund-raising efforts and planned initial public offering, the statement said. It is also particularly significant for the rapid growth of the firm's China business.

Jia will continue to assist the Faraday Future team in accomplishing previously set strategic goals as the startup's founder and chief product and user officer, achieving the aim of maximizing the value of the firm's equity investment and creditor trust assets, so as to pay off the debts through appreciation of all creditor trust assets.