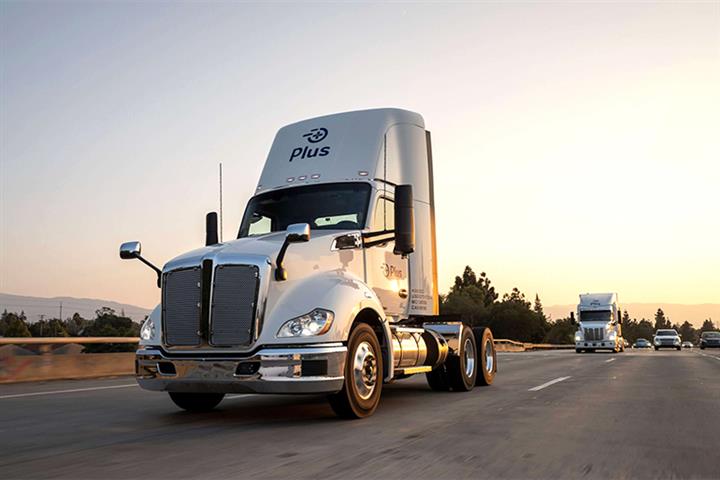 The Silicon Valley-based company secured a further USD220 million in March on top of USD200 million it raised in February, the firm said today.

The capital will be used to further Plus’ global expansion and the deployment of its unmanned trucking service, it said.

Plus’ smart self-driving heavy-duty truck J7 L3, developed with Chinese truck maker FAW Jiefang, should come onto the market in the middle of the year and will be the first mass produced vehicle of its kind, Chief Executive Officer Liu Wanqian said.

Mass production is an important step in the commercialization of self-driving vehicles, said Mi Qun, founding partner of venture capital firm Lightspeed China Partners. Plus has changed the future of trunk logistics by combining both the manufacture of unmanned heavy-duty vehicles with the development of self-driving technology, said Mi.

Plus is teaming up with southwestern Guizhou province-based Full Truck Alliance to deploy automated trucks as part of its truck-hailing service. The FAW J+ trucks will also be available for sale on the Full Truck Alliance platform that has handled transactions for over 10 million freight drivers and five million shippers in the past year.

The company is currently running a pilot with China’s second biggest courier firm SF Express to test how automated trucks can improve its delivery service.

Plus, which has research and development centers in Beijing, Suzhou and Shanghai, will also be teaming up with leading logistics companies in the US this year to launch its autonomous driving trucks.