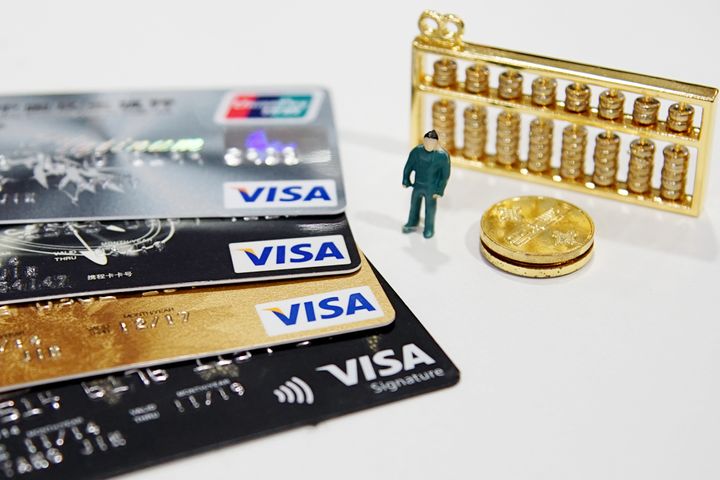 (Yicai Global) Aug. 4 -- International credit card brand Visa Inc. [NYSE:V] said it has submitted an application for setting up a bankcard clearing body in China to the country's central bank and expects it to consider the application in accordance with the relevant regulations and guidelines.

Mastercard Inc. [NYSE:MA] and American Express Co. [NYSE:AXP] said that they have drawn up applications and will submit them in due course, Cnstock.com reported.

Bankcard clearing business refers to settling and transferring funds among banks as well as between banks and businesses that accept bankcards, the report said.

The number of in-use bankcards in China was 6.125 billion, up 12.55 percent annually, as of the end of last year. More than 3.1 trillion bankcard transactions worth USD110.41 trillion (CNY741.81 trillion) took place last year, marking increases of 35.49 percent and 10.75 percent in number and value, respectively. China UnionPay, which was established by the People's Bank of China, is currently the country's only clearing body.

PBOC issued a Guide for Access to Bankcard Clearing Institutions on June 30. It marked the start of the operation stage in China's opening of its clearing market.

The historically China UnionPay-dominated market will change, but no major shift is set to take place in the short term, industry insiders said.