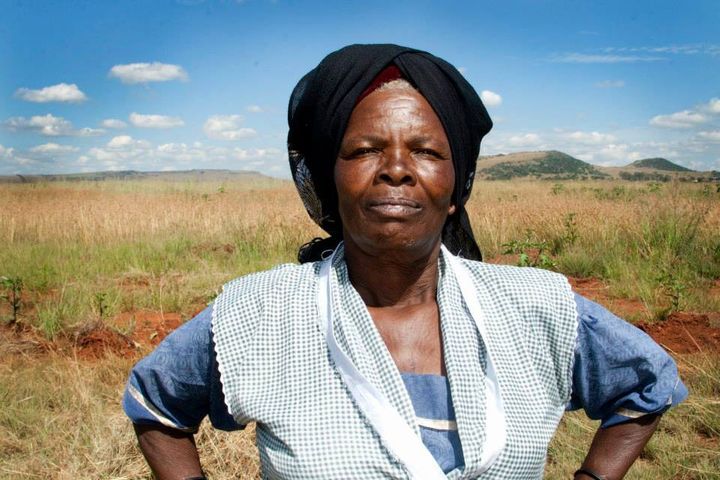 Waking Up A Continent to Climate Change

(Yicai Global) Oct. 27 -- This past spring, Cape Town residents were hit with a harsh climate reality check when the government limited their per capita water consumption to 100 litres per day. The measure came as the country's Western Cape province was experiencing its most severe drought since 1904; suddenly, a lot fewer people were dismissing climate change as some sort of old wives tale.

Of all the continents, Africa is set to be the hardest hit by climate change. The International Panel on Climate Change (IPCC) predicts that by 2020, between 75 and 250 million Africans will experience increased water stress, and that agricultural production of rain-fed crops could drop by as much as 50 percent. The United Nations Environment Programme

(UNEP) states that expected global warming of 2˚C would place more than 50 percent of the continent's population at risk of undernourishment.

Despite these ominous statistics, there is little understanding or knowledge of climate change among the general population. "There is a need to explain climate change in a way that bridges the gap between scientific language and general understanding, in the same way that the discussion about HIV/AIDS in Africa had to be broadened," said Gillian Hamilton, branch manager of the African Climate Reality Project (ACRP).

Established in 2014 and located in Johannesburg, ACRP is a branch of former US Vice President Al Gore's Climate Reality Project (CRP). A global movement that is more than 5 million strong, the CRP has a grassroots network of trained Climate Reality Leaders that educate local communities on climate crisis, frequently tapping into local cultures and customs to get their message across.

ACRP counts about 600 climate leaders from 25 different African nations. Members hail from government, grassroots movements and academia, creating a network that shares information and resources in order to mobilise communities across the continent. "We urge people to take climate action now and communicate the urgent need for countries to act on their commitments under the Paris Agreement on Climate Change," said Hamilton. Current leaders include Francesca de Gasparis from the Southern African Faith Communities Environment Institute (Safcei) and Kenyan Wanjira Mathai from the Partnership on Women's Entrepreneurship in Renewables (wPOWER).

Hamilton has focused much of the ACRP's efforts on younger generations (60 percent of Sub-Saharan Africans are under 25) and tailors its communications campaigns accordingly. The organisation also trains youth to work as field journalists, produces radio content and runs climate youth clubs, notably in Uganda and Francophone Africa. The organisation's Facebook page receives about 7,000 new followers each month, an indication of its popularity and "street cred."

This past May, Hamilton met with two members from the City of Johannesburg—Tiaan Ehlers, Executive Director of the Environment and Infrastructure Services Department, and Lebo Molefe, Director of Air Quality and Climate Change—to discuss converting the city to 100 percent renewable energy. She was quick to point out that solar power provides 12 times more jobs than coal, saves water and improves residents' health. The meeting clarified achievements and plans, including the work of Johannesburg Business Forum's Sustainability Committee. ACRP and the city representatives agreed to continue engaging and holding the City of Johannesburg accountable to its residents.

Hamilton has great ambitions for the ACRP but must make do with limited resources—she has only two full-time staff members. "We are underfunded and understaffed, " she said. "We need funding to support the work of our volunteers throughout Africa so they can continue their excellent work of educating people and holding their governments accountable."

The biggest challenge for ACRP is overcoming political inaction and the resistance of country's utility companies to renewable and circular energy sources. In 2016, for example, South Africa's state power utility, Eskom, refused to sign agreements brokered by the government to buy renewable energy from vetted private producers.

But the ACRP knows it must persist. It is now the leading advocate of the Carbon Tax Bill, which it hopes to push through parliament after years of deferral. It also plans to expand training programmes and awareness campaigns across the continent. Another priority is convincing more cities to commit to circular economy when they convert their buildings, transportation systems and services to renewable energy.

Hamilton and her team tackle these and other projects as if they were a matter of life or death, because, quite simply, they are.