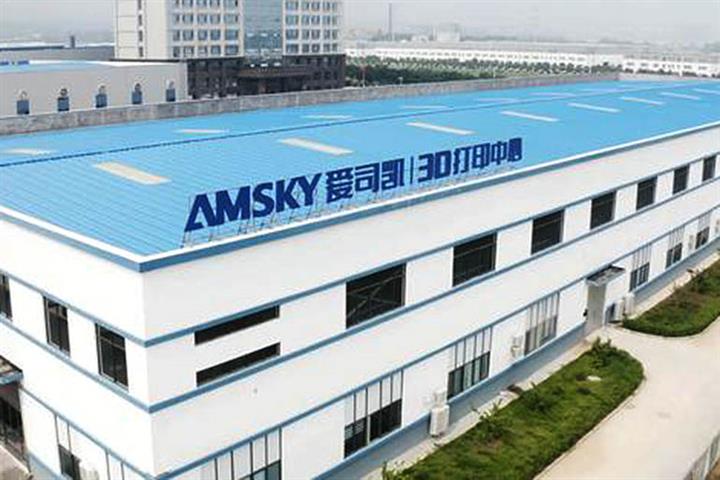 (Yicai Global) May 20 -- Chinese internet data center service provider Golden Cloud Technology will pour all of its CNY2.5 billion (USD352 million) assets into Amsky Technology in what is set to be the first backdoor listing on the Shenzhen Stock Exchange’s Growth Enterprise Market, Amsky said in a reorganization plan yesterday.

Guangzhou-based Amsky’s shares [SHE:300521] rose to the daily 10 percent price limit to stop trading at CNY10.38 (USD1.46) on the news after opening today after the company's stock resumed trading today after the proposed reorganization prompted a 14-day suspension.

Amsky, which is a computer to plate printing machine maker, will buy all of Guangzhou-based Golden Cloud Technology from Xinyu Dekun Investment Partnership, I-Services Network Solution and Gongqingcheng Moyun Investment Partnership through an asset swap and other methods. It will also exchange assets with an estimated value of CNY500 million for assets with an initial transaction price of CNY2.5 billion.

The difference in worth between the assets swapped will be paid to the other party via private placement and cash, each making up half of the total. The shares’ issue price is CNY9.30 (USD1.30).

The GEM is a board of the Shenzhen Stock Exchange on which a company seeking an IPO must either make a profit in each of the last two years, with cumulative profit of at least CNY10 million and with a profit growth trend, or turn a profit in the last year with a net profit of CNY5 million or above and yearly revenue of CNY50 million or more and annual revenue growth of at least 30 percent in the last two years.