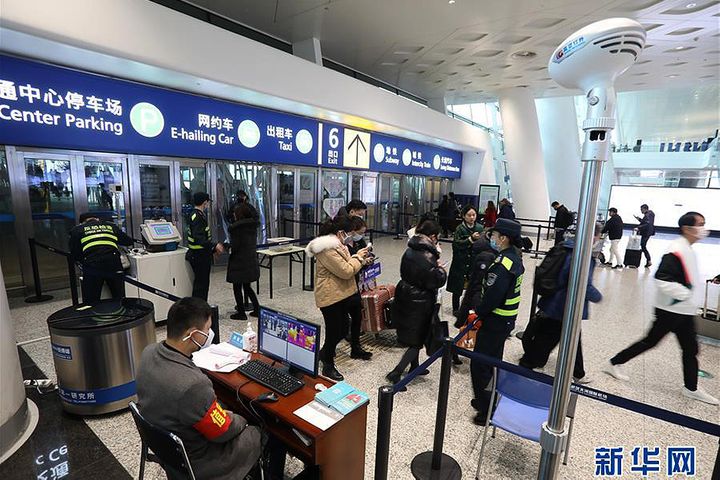 (Yicai Global) Jan. 23 -- Authorities in charge of disease control in Wuhan, the source of a deadly novel coronavirus-caused pneumonia that is spreading across the world, have requested the city's public transport operators shut down exit routes from the city to limit the spread of the disease.

Wuhan will close all air- and rail-based exit routes at 10 a.m this morning, the Pneumonia Epidemic Control Headquarters said in a statement in the early hours of this morning. It also requested bus, subway, ferry and long-distance travel providers shut down and advised residents not to leave the city unless there are extenuating circumstances.

China has confirmed 17 deaths from 571 cases of the pneumonia, with another 393 suspected infections. The only regions in the country with no cases reported as of 12.13 a.m. today were the autonomous regions of Inner Mongolia, Tibet and Xinjiang Uygur, and the provinces of Qinghai, Gansu and Shaanxi.

Customer service representatives from the country's biggest three airlines, Air China, China Southern and China Eastern, all told Yicai Global that they had received no notice of further flight changes but were holding emergency meetings to discuss suspending flights to and from Wuhan.

Authorities in Wuhan have not yet shut down entry routes into the city, though China Southern has opted to cancel any flights bound for the city. It also plans to review trips changing over in Wuhan and try to send them direct to their final destination. Neighboring Jiangsu province has also stopped people traveling by road or waterway to Wuhan and had requested it do the same in reverse.

Wuhan Tianhe International Airport had 2,879 domestic and 348 overseas flights scheduled for between Jan. 23 and Feb. 1, according to data from Flight Master.