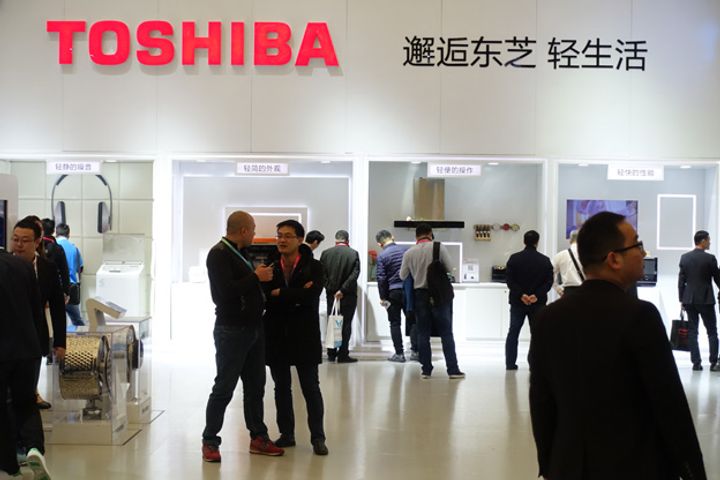 The business has been turned around thanks to the positive interaction between the two companies, Wang Jianfuo, who is also vice president of Midea, said in an exclusive interview with Yicai Global yesterday. It's only the second time in 20 years that Toshiba HA has made money.

Guangdong province-based Midea took an 80.1 percent stake in the company in March 2016, driving the recovery, but did not resort to typical merger and acquisition measures such as layoffs. Toshiba HA had revenue of JPY250 billion (USD2.1 billion) in 2017, 50 percent more than in 2015 when it was still a unit of Tokyo-headquartered Toshiba.

The third is integration with Midea's supply chain. Toshiba HA's product lines basically overlap with Midea's, whose product division's revenue is about 50 times greater. Toshiba HA's output and procurement dovetail with Midea's supply chain, which lowers costs and improves efficiency. Overall procurement has risen amid this synergy, however, with prices of sheet metal, plastic and other bulk raw materials plunging as a result.

The fourth is marketing system interaction. Midea dispatched many personnel to refine Toshiba HA's marketing system, including product placement at retail terminals and sales staff training. The Chinese market is fiercely competitive, and Midea is grafting its practices and experiences onto the Japanese market to raise the unit's sales.

Toshiba HA and Midea marketing teams collaborate in the Association of Southeast Asian Nations, the Middle East and other overseas markets, and work in the same premises. Toshiba HA's refrigerators and washing machines now rank top in the scintillating Vietnamese market.

The fifth area is cooperative research and development. Toshiba HA performed well before, and the reason for its poor showing in recent years is it rested on its laurels and neither caught the crest of nor innovated new trends.