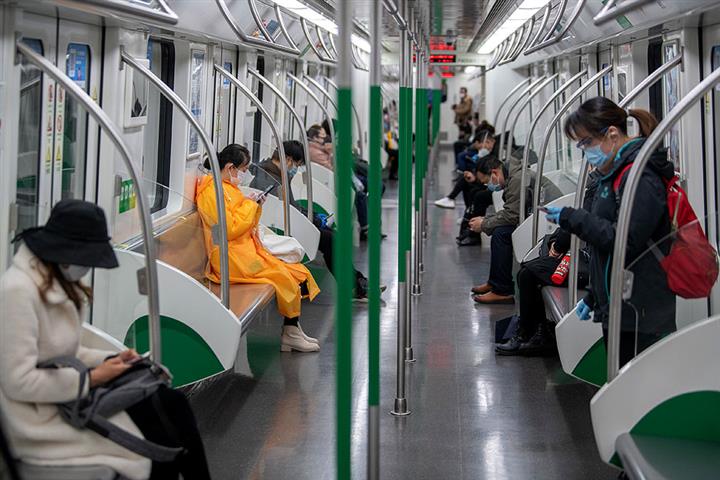 (Yicai Global) April 8 -- Wuhan Metro Group, which operates the public rapid transit system in the Chinese city that was hardest hit by the novel coronavirus, had its investment grade credit rating reaffirmed by Moody’s Investors Service.

The US credit rating agency kept Wuhan Metro’s rating at A3 -- the seventh of its 10 investment grades -- and has given the firm a stable outlook, Moody’s said in a report yesterday. That is despite all public transport in the epidemic’s epicenter being shut for two months earlier this year and with passenger traffic flows now only a fraction of what they were a year ago.

While the state-owned rail network, which is the sole platform responsible for the running of Wuhan’s subway system, is not a commercially viable enterprise, the agency has taken into account the fact that the Wuhan and central governments have controlling stakes in it and the city’s metro project is of national importance, Moody’s said.

China suspended all public transport services in Wuhan, Hubei province’s capital, from Jan. 23 for 64 days to stop the spread of the novel coronavirus. Six of the city’s nine subway lines are now back in operation but passenger traffic is low. On April 3, 273,900 people used the metro, just 8.2 percent of last year’s daily average, Moody’s said.

Moody’s, which ranks the creditworthiness of borrowers on a 21-level scale from Aaa to C, has maintained its issuer and senior unsecured ratings for Wuhan Metro at A3 and also upheld its (P)A3 senior unsecured medium-term note rating.

After taking state grants and subsidies into consideration, Moody's estimates that Wuhan Metro's operational revenue will give it an interest coverage ratio, or the ability to pay interest on its outstanding debt, of around 1.2 times this year, largely unchanged from the level projected last year.

Moody’s expects the Wuhan and central governments to continue providing cash subsidies and equity injections to offset the impact from the drop in income from passenger fares and land development. Wuhan Metro's primary land development and construction pipeline will be deferred until the city has fully restored its labor force and resumed productivity, it added. The firm’s operating costs have also increased due to epidemic control requirements.

Moody's also took into account the high interdependence between Wuhan Metro and the central government, as they are vulnerable to similar political and economic risks.