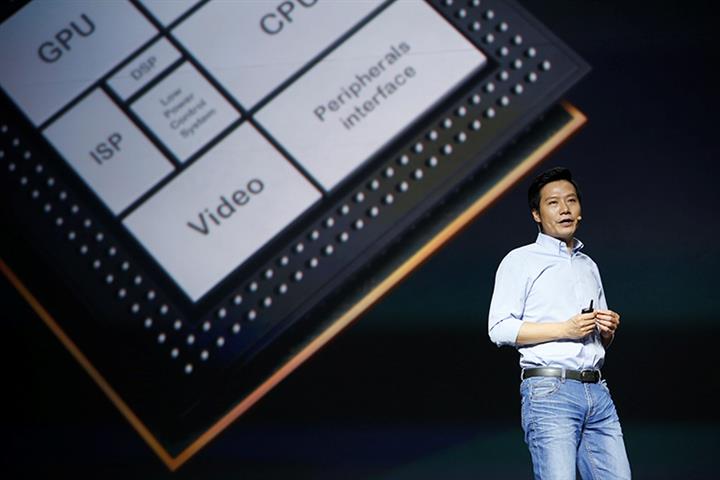 (Yicai Global) Aug. 10 -- Xiaomi is sticking to its independent research and development of its Pengpai integrated circuits, though it has met with great difficulties, Lei Jun, founder, chairman and chief executive of the Chinese consumer electronics maker, wrote yesterday on his account on China’s Twitter-style Weibo.

"We started developing the Pengpai chips in 2014 and then launched the first generation in 2017. The plan is still ongoing, though it has encountered huge difficulties since 2017, so our fans, please rest assured, and I will inform all of you of the latest progress," Lei also stated.

"Huawei [Technologies] will be unable to manufacture Kirin, its world-leading chip series, after Sept. 15 due to US sanctions," Yu Chengdong, chief executive of Huawei Consumer Business Group, said on Aug. 7. The US action has fueled Chinese firms' concerns about chip security.

Founded in 2014, Pinecone Electronics restructured last year, with some of its teams spun off to form a new company, Nanjing-based Big Fish.

Xiaomi owns 25 percent stake in the new semiconductor manufacturer after this restructuring, with the unit's research teams holding 75 percent of its stake as a whole. Big Fish will focus on the technological research and development of artificial intelligence, chips and solutions related to the Internet of Things in the semiconductor sector, while Pinecone Electronics will continue work on R&D of System on a Chip and AI chips for cell phones.