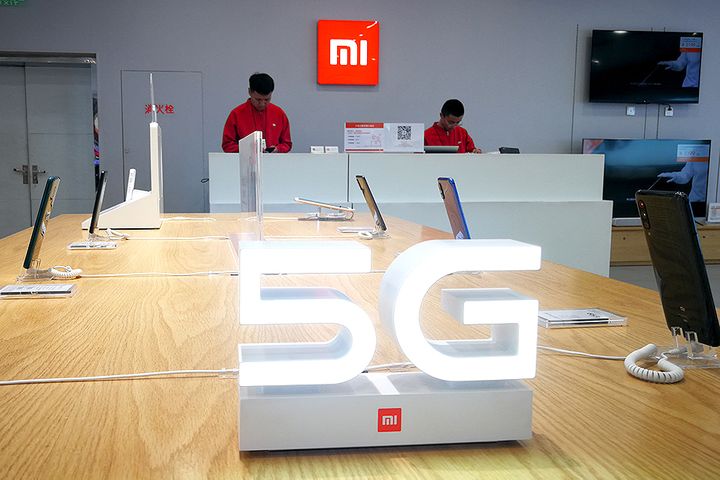 (Yicai Global) Nov. 28 -- Xiaomi's stock price rose after the world's fourth-largest supplier of smartphones said revenue climbed to an all-time high in the third quarter even as handset sales slowed.

Xiaomi's revenue jumped 5.5 percent to CNY53.66 billion (USD7.63 billion) in the three months ended September from a year earlier, the Beijing-based company said in an unaudited earnings report published yesterday. While that was in line with analyst forecasts compiled by Refinitiv, it was Xiaomi's slowest quarterly revenue growth since the nine-year-old firm listed in July last year.

China's smartphone market contracted by 3 percent in the quarter, according to analytics and research firm Canalys, as fewer numbers of consumers upgraded to newer handsets. Canalys also placed Xiaomi fourth in its third-quarter global ranking with a 9.2 percent market share.

Income from its mainstay handset business fell 7.8 percent in the period to CNY32.3 billion from a year earlier, accounting for over 60 percent of total revenue.

But Xiaomi's financial report also revealed that the company's overseas sales are soaring and the firm is successfully diversifying into household devices based on fifth-generation technologies, artificial intelligence and the Internet of Things.

Foreign orders accounted for almost half of total income at CNY26.1 billion in the third quarter, a 17.2 percent year-on-year gain. Sales of its smartphones in Western Europe skyrocketed 91 percent and were the fourth most popular brand in the region, according to Canalys.

The Internet of Things and consumer goods brought in CNY15.6 billion (USD2.2 billion) in the third quarter, up 44.4 percent year on year, while global shipments of smart televisions jumped 59.8 percent to CNY3.1 million.

Xiaomi is banking on 5G devices in the future, and is moving away from 4G mobile technologies, said Chief Financial Officer and Senior Vice President Zhou Shouzi. Its first 5G phone, the Redmi K30 which supports both standalone and non-standalone network models, will debut on Dec. 10. The firm plans to launch at least 10 different 5G models next year.