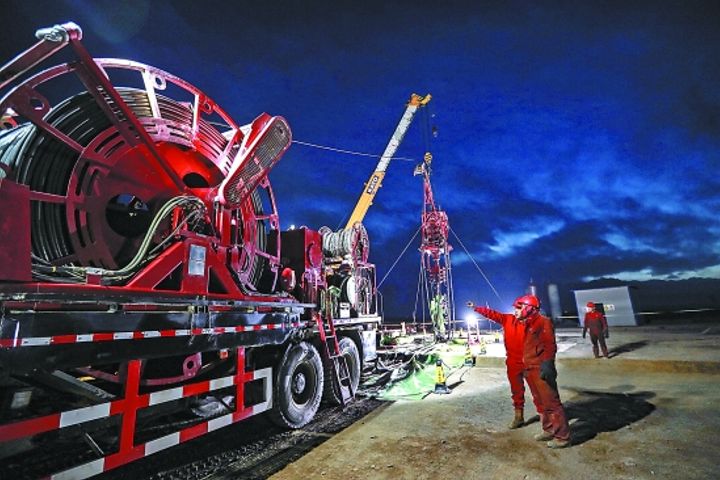 It took the train five days, five hours and six minutes to produce the first drop of LNG after being filled with natural gas on the evening of Nov. 15, China National Petroleum said in a statement today. That took three days, 12 hours and 19 minutes off the record set during the plant's second phase, it added, saying production began at least seven months ahead of schedule.

LNG is in high demand in China as the country looks to crack down on pollution caused by coal-fired power plants. LNG supplies were five billion cubic meters short during last year's heating season in the nation's chilly north, and concerns are rife that the problem could re-occur this year.

The country has become more dependent on imports as room to expand its own capacity is limited. Domestic sales over the first eight months tallied 110.5 billion cubic meters, according to public data, with imports gaining 32 percent annually to make up 48 billion.

But even with the additional LNG from Yamal, China could still need to find new sources of the fuel if it is to keep up with demand. It could need to source an extra 120 billion to 170 billion cubic meters by 2030, Zou Caineng, vice president of the Research Institute of Petroleum Exploration and Development, said at the Shanghai Energy Innovation Forum on Nov. 22.

Russia's Novatek, China National Petroleum, Total and the Silk Road fund joined forces to build the Yamal megaproject, based in northwest Siberia and start production in December last year. Novatek delivered its first shipment to China via the Northern Sea Route along the Arctic coast.