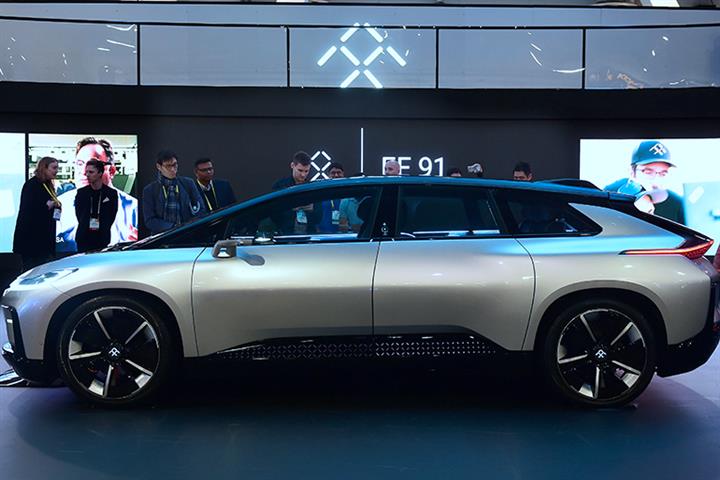 (Yicai Global) Jan. 27 -- The government of Zhuhai in Guangdong province will invest CNY2 billion (USD309.5 million) in debt-ridden new energy vehicle startup Faraday Future to help it set up a production base in the city, Sina News reported today, citing people familiar with the matter.

Carmaker Geely Holding Group, which holds a 32 percent stake in US-based Faraday, has also expressed its intention to inject between another USD30 million and USD40 million. Property developer Evergrande also took part in the talks, which was unexpected considering its falling out with Faraday over an earlier proposed investment, tech news media 36Kr reported yesterday.

Geely’s offer fell far short of the amount needed to build the plant and it was necessary to bring in the government which can provide the necessary capital. Preparations for the construction of the factory will start after the Chinese New Year holiday next month, the report said.

Chinese entrepreneur Jia Yueting formed Faraday Future in Los Angeles in 2014 and unveiled its FF91 prototype the same year. But production has been postponed several times because of personnel changes and financing problems.