Austerity Can Be Avoided Even as Global Debt Heads for Record, IMF Says
Zhou Ailin
| 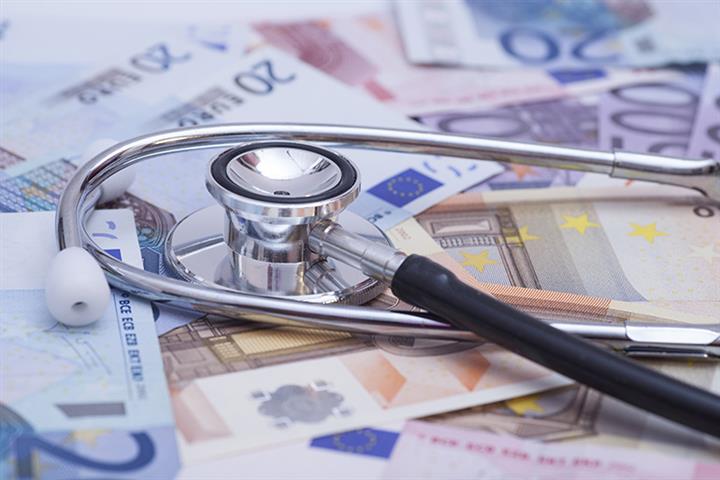 Austerity Can Be Avoided Even as Global Debt Heads for Record, IMF Says

(Yicai Global) Oct. 27 -- The International Monetary Fund predicted in a report released on Oct. 14 that global public debt is likely to hit a record high this year, reaching nearly 100 percent of world gross domestic product. The IMF believes that most developed economies that can borrow freely should deploy ample fiscal measures to support their people and firms during the pandemic.

Vitor Gaspar, director of the IMF’s Fiscal Affairs Department, told Yicai Global that the pandemic and associated lockdowns have prompted unprecedented fiscal action amounting to USD12 trillion. This forceful response by governments has saved lives and supported vulnerable firms, but combined with a loss of tax revenue from a contraction in output, has led to a deterioration in public finances.

Global public debt will rise above 100 percent of GDP within the next two years and then stabilize in the medium-term, declining to 100 percent in 2025, Gaspar predicted following the IMF’s baseline. Low interest rates and a recovery in growth mean that countries with access to financing will not need to worry too much.

As far as China is concerned, the IMF believes that the ratio of China’s fiscal deficit to GDP will expand by 5.6 percentage points to 11.9 percent this year, less than the level of large-scale stimulus during the last global financial crisis. Gaspar said that the good news on China’s economy is also positive for the world, but China should continue to promote economic rebalancing in the future, that is, transition from an investment-driven growth model to a consumption-driven model.

Gaspar also called on China to play a bigger role in international affairs, including in debt response, climate change, trade and taxation, adding that the world should embrace multilateralism.

Since the outbreak of the coronavirus pandemic, governments have done everything possible to mitigate its impact. Gaspar said it should be recognized that massive fiscal support measures have been geared to do whatever its takes to saves lives and livelihoods.

Faced with a global public debt ratio that is about to exceed 100 percent of GDP, the IMF believes the near term priority is to avoid a premature withdrawal of fiscal support. For most developed countries, zero or even negative interest rates have greatly eased government borrowing costs, and the rebound in economic growth will also help the debt ratio narrow. The IMF expects the debt ratio to stabilize and decline after 2025.

Gaspar said US public debt was 108.7 percent of GDP at the end of 2019, and will jump to 131 percent this year before the rate slows by 2025. “The contribution of low interest rates in the United States is even stronger than elsewhere,” Gaspar said.

This time, not only the central bank, but also the entire public sector is cooperating at all costs. “The Fed acted decisively in March in a way that was crucial to maintain orderly financial market conditions," Gaspar said. "It actually asked for assistance from the Treasury." This coordination between monetary and fiscal policies will be the norm for a long time to come, Gaspar added.

Due to the results achieved in its fight against the coronavirus, China’s economy took the lead in recovering from the outbreak. The market even anticipated a policy tightening.

Despite a strong recovery in investment and exports, it may be too early to reverse the stance on easing policy. The IMF also believes that in the context of China's strong export recovery, the pickup in consumption still lags, a challenge that major Asian countries also face.

“China is one of the few countries in the world that has positive growth forecasts for 2020,” Gaspar said. “In the latest forecast, we have upgraded growth for China for 2020. Despite this rebound in growth, China will not be able, in our forecast, at least, to go fully back to the growth path it was in before Covid-19. So Covid-19 has some permanent cost in China."

Compared with some Western countries, China’s fiscal support is very persistent. Assuming a healthy rebound in economic activity and low interest rates, the global public debt ratio is expected to stabilize next year on average except in China and the United States. More needs to be done globally to address rising poverty, unemployment, and inequality and to foster the economic recovery, the IMF predicted in its report.

Gaspar also called on China to play a bigger role in international affairs. China is a large economy, so it must continue to participate in global issues, such as climate change, public debt, trade, taxation and other issues, he said.

High levels of public debt are not the most immediate risk. The near-term priority is to avoid a premature withdrawal of fiscal support. Support should continue, at least into next year, to sustain the recovery and to limit long-term scarring to the economy. To manage the tradeoffs in fiscal policy, the IMF recommends a medium- to long-term fiscal framework.

In considering policies for the recovery, the IMF believes that the international community must act on debt relief, access to grants and concessional financing -- now and going forward -- to help the poorest countries. Confidence in the stability of the global financial system requires international resources to be available for all countries facing temporary financing challenges.

Investment in health and education and in digital and green infrastructure can connect people, improve economic productivity, and improve resilience to climate change and future pandemics, the IMF believes.