Thoughts on CBDC Operations in China 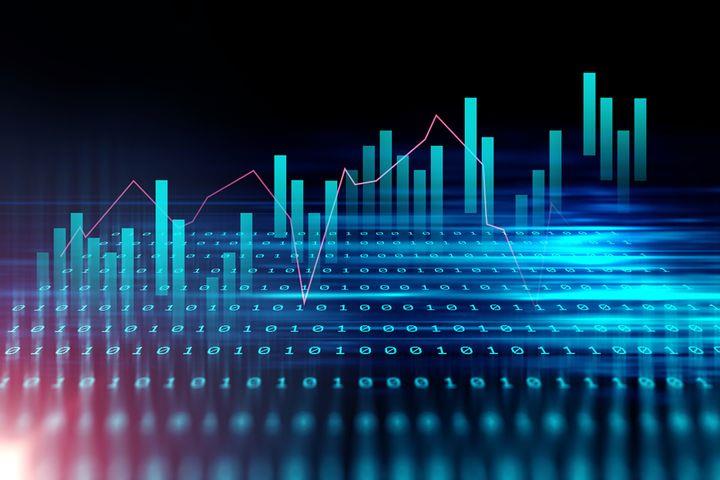 Thoughts on CBDC Operations in China

(Yicai Global) April 8 -- The world's major central banks and monetary authorities have kicked off studies into CBDC (Central Bank Digital Currencies) in recent years. Monetary authority of Singapore and Swedish central bank have undertaken or contemplated related pilot projects, and the People's Bank of China (PBC) is also actively exploring the possibility of introducing its CBDC in this second largest economy in the world. This article puts forward some thoughts on issuing CBDC in China.

Issuing CBDC in such an economy like China is a complex undertaking. China is a large and populous country with significant regional differences in economic development, natural resource endowment and public education, meaning that a national CBDC must be carefully designed, issued and distributed taking into account the diversity and complexity of various systems and institutions -- for example, how it should be used in remote areas where internet access are limited. A one-tier system would be unviable given the actual situation in the country. A two-tier model, on the other hand, can help the central bank optimize the convenience and accessibility of the CBDC and relevant services, thereby improving the public's willingness to use it. So, it offers a suitable solution to the aforementioned challenges.

Two-tiered model allows more effective exploitation of existing business resources, human resources and technologies, promoting innovation and competition through market-driven development. Financial institutions such as commercial banks have fully-developed information technology infrastructure application and service systems, with strong processing capacity. They have acquired a considerable amount of experience in Fintech applications as well as large pipelines of qualified human resources. To build a separate system would be a tremendous waste of such existing resources. Instead, while ensuring operational safety and reliability, the central bank can leverage 'market forces' to optimize related systems through close cooperation with commercial banks and other organizations, without imposing any prescriptive technology path in advance. This will facilitate resource integration, synergistic collaborations and innovation as well. Furthermore, as the public is accustomed to using commercial institutions for financial transactions, a two-tier model can also boost the public's acceptance of CBDC.

Two-tiered model can diffuse risks. The central bank has accumulated considerable experience via the development of interbank payment and settlement systems, but the system is designed for financial institutions, and the CBDC will be used directly by the public and will affect all members of the society. It would be unrealistic to expect the PBC to develop such a massive system all by itself, while ensuring a high level of transaction security, efficiency and reliability and user satisfaction at the same time. It would be a very challenging undertaking, to say the least, especially considering the budgetary, resource, personnel and technical constraints facing the central bank. The two-tier model proposed can prevent overconcentration of risks.

In addition, the proposed model helps to avert disintermediation in the financial sector. Under the one-tier model, the central bank issues the CBDC directly to the public, so the CBDC will go into competition with bank deposit money. Endorsed by the central bank, the CBDC obviously offers a higher degree of credibility than deposit money from commercial banks, and the banks may be crowded out from the personal savings market, which will, in turn, affect their lending capacities. Consequently, it will raise the commercial banks' reliance on interbank borrowing, and the resulting increase in cost of funding and social financing may lead to disintermediation, thus adversely affecting the real economy. The central bank will have to subsidize commercial banks to restore their lending capacities and stabilize the financial market. In an extreme scenario, the existing financial system may evolve into one dominated by the central bank.

Therefore, a two-tier model comprising the PBC and commercial banks serving as operating agencies is a suitable approach to CBDC operation in China, and can optimally elicit the support of commercial banks without wasting existing resources. Firstly, it does not change the current creditor-debtor relationships in currency circulation. The commercial banks need to pay the central bank 100% reserves against the CBDC issued, so the money issued to the public will remain as the central bank's liability backed by central bank's credibility, thus qualifying it as legal tender. Secondly, it will not change the existing currency circulation system and two-tier account structure or pose competition to commercial banks in the savings market. In other words, a two-tier CBDC will not increase banks' reliance on interbank borrowing or affect their lending capacities, so disintermediation can be avoided. Thirdly, since it will not affect the existing monetary policy transmission mechanism or intensify pro-cyclicality in different stress scenarios, issuing CBDC will not lead to any negative impact on the way the real economy operates. Lastly, the recommended model will make currency operation more cost-effective, improve money circulation efficiency, and ultimately enhance the user-friendliness and security of related payment services. Also, endorsement by the central bank will smooth out potential spikes in consumers' demand for the crypto-assets.

Under the two-tier model, CBDC should be issued with 'loosely-coupled account links' and centralized management retained

As dictated by the nature of the national CBDC as legal tender, to make sure achieving monetary and macro-prudential policy target, PBC should pursue a two-tier strategy that is different from the 'decentralizing' model adopted by those crypto-assets. Firstly, the digital money will be liabilities in the book of central bank, meaning that the creditor-debtor relationship will not change with the introduction of the new form of fiat money, so PBC must assume a central position in the operation process. Secondly, efforts should be made to guarantee and strengthen the central bank's functions in terms of macro-prudential and monetary policy execution. Thirdly, the existing two-tier account system should be kept to retain the current monetary policy transmission mechanism. Lastly, the central bank must be able to track, monitor and supervise CBDC operation to avoid oversupply by the authorized operating agencies.

Centralized management must be realized for CBDC. However, the centralized model here is different from that associated with traditional electronic payment systems. The latter's case, a transfer of funds necessarily involves moving money between two accounts, between which a strict account-to-account correspondence must be established. By contrast, circulation of the PBC's CBDC should be based on 'loosely-coupled account links' so that transactional reliance on accounts can be significantly reduced. This way, the new money can attain a similar function of currency to cash and be used on a controllably anonymous basis. The public can use it directly for various purchases, and it will prove conducive to the yuan's circulation. It is worth pointing out that without a third-party anonymity, CBDC transactions may jeopardize personal data and privacy, but this complete third-party anonymity may encourage criminal activities such as tax evasion, terrorist financing and money laundering. The only way to strike a balance between the two is to keep the degree of anonymity within a controllable range, namely disclosing transaction data to PBC as the sole third party. With the loose coupling of accounts, the operating agencies should submit transaction data to the central bank via asynchronous transmission on a timely basis. This allows the central bank to keep track of necessary data to implement prudent regulation and crack down on money laundering and other criminal offenses, as well as easing the workload for commercial banks.

China's CBDC at this stage should be developed as a surrogate mainly for 'M0,' rather than 'M1' or 'M2'

Today, M1 (cash and checking account deposits) and M2 (M1 + savings accounts & money market accounts) in circulation in China have already been digitalized based on commercial bank accounts, so it is unnecessary to re-digitalize them by issuing a CBDC. The aforementioned forms of money are circulated via interbank payment and settlement systems (HVPS/BEPS and Internet Banking Payment System, for example), commercial banks' intra-bank systems and payment services offered by non-banking payment institutions. All these systems and services have become increasingly efficient in line with economic growth and demand through frequent upgrades. Replacing them with the PBC's CBDC will not increase payment efficiency and will cause a tremendous waste of existing systems and resources. On the other hand, there is a pressing need to digitalize cash and coins (M0) because: i) cash and coin issuance, printing/production, withdrawal and storage are expensive; ii) cash and coin circulation is based on multiple layers; iii) cash and coins are not very convenient to use; iv) it is relatively easy to counterfeit cash or coins, and they are used anonymously and thus may be used for illegal purposes. Furthermore, non-cash payment tools such as traditional bankcards and electronic payment are reliant on strict account coupling, meaning that they cannot meet the public's needs for user-friendly and anonymous payment services. These tools cannot substitute M0 completely, especially in areas with limited account services and telecommunication services, where cash and coins are still the prevalent means of payment. The PBC's CBDC will retain the main characteristics and properties of cash. It is very convenient to use and guarantees user anonymity, making it an ideal surrogate mainly for cash and coins.

The CBDC will be introduced to substitute M0, meaning that no interest will be paid. Therefore, it will not cause disintermediation or lead to a rise in inflationary expectations, and neither will it have any significant impact on the current monetary and financial systems or on the real economy.

Furthermore, defined as a replacement of M0, the CBDC will be subject to existing cash management, anti-money laundering and counter-terrorist financing regulations of domestic FIU and FATF. Of course, the CBDC will observe all capital management regulations of SAFE. PBC can require relevant organizations to report large-sum and suspicious transactions to clamp down on money laundering activities. To avoid the 'crowding out' effect on bank deposits, arbitrage trading and a rise in pro-cyclicality, the use of the CBDC should be limited to small retail transactions by setting maximum daily and yearly limits and introducing policies that CBDC conversions exceeding a certain amount can only be processed by appointment. If necessary, multi-tier charges may be introduced -- small-sum and low-frequency transactions can be processed free of charge, and service fees can be charged on large-sum or high-frequency transactions to increase the exchange cost and system friction. Such arrangements also make it easier for the central bank to implement a negative interest rate policy if the need arises in future.

A 'smart contract' is defined by Nick Szabo as a set of promises, specified in digital form, including protocols within which the parties perform on these promises. They are embedded in codes readable by computers and automatically executed once the preset conditions are triggered. They may contain preconditions such as time limits and credibility status and be used in tax payment and counter-terrorist financing activities.

However, as mentioned earlier, the PBC's CBDC is intended as unlimited legal tender to substitute M0. In other words, it inherits the main functions of cash such as Unit of account, medium of exchange and store of value. Cash does not perform any other social and administrative functions. The 'Renminbi Management Regulations of the People's Republic of China' prohibits any person from deliberately damaging the yuan. Arguably, imposing more social or administrative functions with abuse of discretion on cash may cause damage to it.

Besides, the CBDC should not assume any other social or administrative functions other than the currency functions specified above, otherwise, it may not qualify as legal tender. By attaching smart contracts to it with abuse of discretion, the CBDC may lose its status as legal tender. Even worse, it may be reduced to a form of negotiable securities, affecting its free usability. Using smart contracts with the CBDC will also slow down velocity of currency circulation, hamper monetary policy transmission and execution of the macro-prudential policy by the PBC. Another drawback of such a practice is that it may compromise personal information and privacy.

(The author is Deputy Governor at People's Bank of China.)