How Did Chinese Yuan’s Share of Global Reserves Jump Despite Yuan Assets Falling? 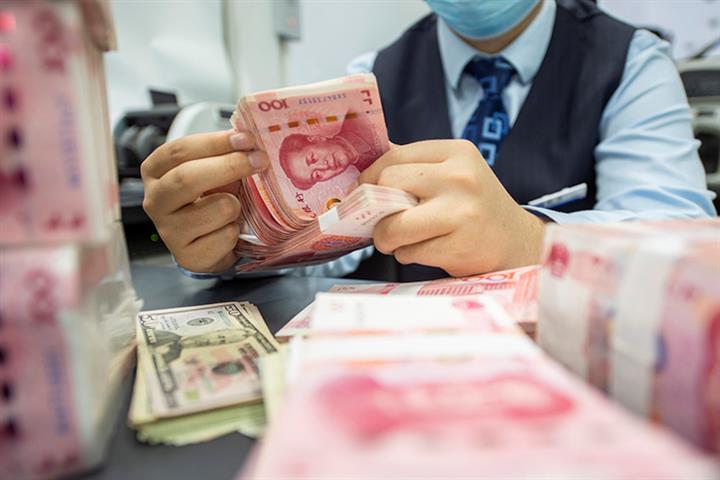 How Did Chinese Yuan’s Share of Global Reserves Jump Despite Yuan Assets Falling?

(Yicai Global) July 7 -- The Chinese yuan’s percentage of global foreign exchange reserves reached a record high in the first quarter even though the amount held in yuan dipped, mainly because global reserves shrank.

The share of the yuan in foreign exchange reserves nudged up 0.09 percent in the first quarter from the previous quarter to 2.88 percent, rising for the ninth consecutive quarter, according to the International Monetary Fund. This shows that China’s economy and finance remain resilient in the face of worldwide high inflation, slow economic recovery and worsening financial turbulence.

Yet foreign exchange reserves in yuan-denominated assets dipped 0.2 percent in the three months ended March 31 to USD336.4 billion, according to Washington DC-based IMF.

The larger share was because the total amount of global reserves contracted 3.1 percent quarter on quarter. Reserve assets held in US dollars, euro and Japanese yen, the top three reserve currencies, dropped by USD392 billion.

And the smaller reserve amount was because many foreign investors cut their holdings of yuan-denominated bonds. Overseas investors sold CNY126.6 billion (USD18.9 billion) worth of yuan bonds in the first quarter, CNY21.6 billion in government bonds and CNY600 million (USD89.6 million) in policy financial bonds which are the main types of yuan-denominated reserve assets.

Of the eight currencies in the global reserve, the shares held by the British pound, Australian dollar, Canadian dollar, Swiss franc and US dollar also rose. The yuan had the third largest increase. And the euro and yen remain among the world’s three largest currencies even though their shares declined.

US bond and stock markets have both declined this year because of higher inflation, monetary deflation and tightening expectations. US dollar-denominated reserve assets slumped by USD215.4 billion or 3 percent in the first quarter because overseas foreign exchange reserve management agencies sold off their holdings and the value of the assets dropped.

The stock, bond, and foreign exchange markets outside the US sank because of the stronger US dollar index and other factors. Euro-denominated reserve assets fell by USD137.7 billion or 5.5 percent in the first quarter from the previous quarter, and the depreciation of the euro contributed to 47 percent of the decline. Yen-denominated reserve assets tumbled by USD38.9 billion or 5.9 percent, and the yen depreciation contributed to 90 percent of the drop.

Some emerging economies sold off their foreign exchange reserves to intervene in the depreciation of their own currencies. This is another reason for the shrinking of global reserves. The decline in yuan-denominated reserve assets was much smaller than that of the global reserves over the period, further consolidating the yuan’s position as the world’s fifth-biggest reserve currency.

Guan TaoGlobal Chief Economist at BOC International China
How Would Double Dip in Global Economy Impact China? How Did Chinese Yuan’s Share of Global Reserves Jump Despite Yuan Assets Falling? Yuan's Gains Versus US Dollar Could Lose Steam in 2022