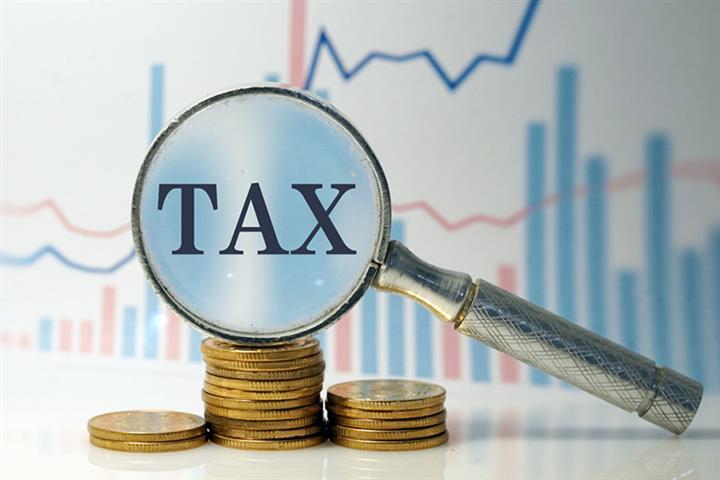 (Yicai Global) May 25 -- Promoting consumption is the only driver of a healthy economic growth cycle in China.

The reason is that in the post-pandemic era, investment and foreign trade growth have only limited momentum due to weak real estate demand, high regional government debt, and overseas supply chain adjustments.

Consumption, investment, and exports contributed to China's economic growth in varying degrees last year. The troika parts' shares were 65.4 percent, 20.9 percent, and 13.7 percent, respectively. Except for 2020, a year of major pandemic impacts, a large portion of China's GDP growth in the past decade has come from consumption.

Moreover, China's export growth is facing downward pressures with the gradual recovery of overseas supply chains, coupled with the impact of the Russia-Ukraine conflict. Therefore, promoting consumption is the only domestic economic growth driver that can be a healthy one.

However, since 2017, the share of consumer spending in disposable income has been declining year by year, showing a trend of strengthened savings and weakened consumption. Last year, China's consumption expenditure per capita was CNY24,100 (USD3,612), equaling only 68.6 percent of disposable income per capita. The national savings rate in the same period was nearly 45.1 percent, much higher than the global average of 27.2 percent.

Empirical data shows that each upgrade in the minimum threshold for personal income tax has resulted in a significant consumption boost. China raised the threshold in 2005, 2007, and 2011, and each time promoted consumer spending growth. That was particularly true in 2011 when the raise was matched with a tax rate reduction for lower income levels so the final consumption expenditure increased by 21.4 percent that year from 2010.

Since the beginning of the pandemic in 2020, governments around the world have used various methods to boost consumer expenditure, such as giving out cash or vouchers, but the results have not been satisfactory.

The reason is that there was no certainty in the distribution of vouchers and cash. Consequently, residents will choose to save or invest the money rather than spend it. The reduction of personal income tax, on the other hand, gives residents stable expectations of future income. These predictions have a stronger positive effect on increasing citizens' sense of financial security and their willingness to consume.

(The authors of this article are Lin Caiyi, vice president of the China Chief Economist Forum Research Institute, and Zhang Jing, researcher at the institute)