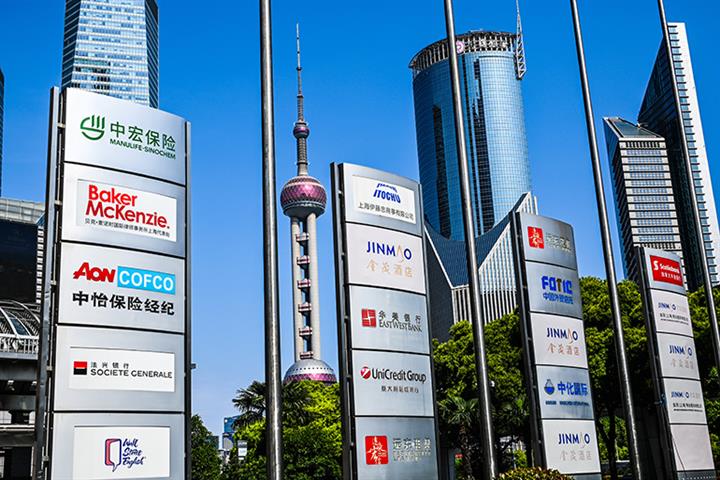 (Yicai Global) Feb. 1 -- The recent data on China’s intake of foreign direct investment last year revealed that the country overtook the United States to become the world’s largest recipient in 2020. The figure totalled USD140 billion, a 6 percent increase year on year. Although China taking pole position was influenced by differing fortunes concerning the Covid-19 pandemic, statistics showed that during the Trump administration foreign investment into America has also declined drastically since 2016, dropping from over USD400 billion to under USD130 billion.

China’s achievement reminds us of the country’s critical importance to the global economy. Its stability has won over the confidence of investors, while the Trump administration’s “America First” protectionism and advocacy of “decoupling” showed poor results. US foreign policy under the new Biden administration should be handled with pragmatism, playing to its strengths and recognizing that it can prosper alongside China, as opposed to zero-sum antagonism against it.

The dramatic fall in foreign investment into the US has been brought about partially by a world dogged by shutdowns, uncertainty and a general slowdown in economic activity. However, it is also a product of a lack of confidence in the direction America is taking, and the growing perception of political risks around it fuelled by protectionist policies and discrimination against foreign companies. The Trump administration’s attacks on China constitute a part of this. Prior to his presidency, Chinese FDI into the US constituted USD46 billion. As of 2019, it had been reduced to USD4.6 billion, a product of the White House blocking investments on political grounds and attacking Chinese companies indiscriminately.

Nevertheless, this position from America, described widely in the media as “decoupling” has not deterred investment from flowing into China itself. The size of the country’s domestic market, its outstanding potential and sustained economic growth continue to provide widespread appeal for investors. It also demonstrates that the company’s policy of continuing to open up its economy for broader market access and reform are yielding results.

The pandemic has only added to this dynamic. Whilst countries in the west have suffered from repeated economic shutdowns, slumps and social unrest due to an inability to combat Covid-19, China has been able to offer stability, certainty and growth. The country’s economy was the only major one to expand last year, and is forecast by the International Monetary Fund to achieve 8.1 percent growth this year.

If the US prides competition with China as its priority, then a continuation of the current zero-sum policy path is not the answer, and emphasis should be placed on mutual as opposed to absolute gains. America cannot diminish China’s importance. Early signs suggest that President Biden appears to be moving towards emulating Trump’s “America First” positions on trade, manufacturing, technology and investment. A week ago, the new president accused China of hurting “American jobs.” However, pushing policies which pertain to protectionism, decoupling and economic isolationism will not enhance America’s competitiveness, it will only in fact serve to disconnect the United States from the core of the global economy of which China is increasingly prominent within.

To win the game, you have to be in it, and ultimately in a globalized world the only way that common prosperity can be attained is through interdependence. Now whilst that does not mean the US and China have to agree on everything, what it ultimately means is that cooperation and engagement are vital as opposed to confrontation, division and Cold War politics.

America has a choice concerning its future. It can continue on the downward trajectory that Trump has set for it, or it can adjust itself to best fight for its interests and be better involved with the greatest economic shift in the modern era. The claim that China-US prosperity is a zero-sum game of competition where there are winners and losers is misleading. If America wants to revive its competitiveness, it needs to stop sitting on the sidelines and encouraging others to quit.