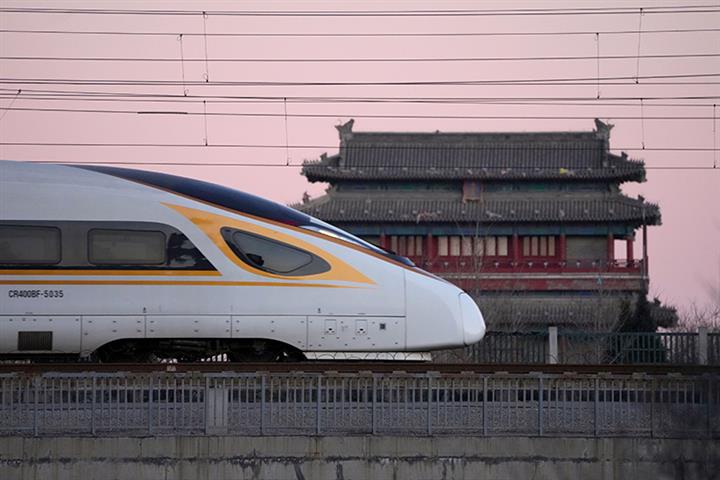 (Yicai Global)-- China’s gross domestic product (GDP) for the year of 2021 expanded by 8.1%, the national bureau of statistics reported today, amounting to CNY114.37 trillion (USD17.9 trillion). Growth for the final quarter of 2021 was 4.0%, which whilst higher than expected, ushers in a moderate start to 2022 of which is forecasted to be around the 5% margin as the post-covid recovery wears off and growth returns to a normal trajectory. Still, not every country has had that privilege, with the figures being higher than expected, they have come amidst challenges to the country’s economy including the Omicron variant and the Real Estate sector.

These figures, as well as China’s record all time trade surplus of USD676 billion, make a firm demonstration that despite these challenges, which have been amplified by the western media with a sporadically negative emphasis throughout 2021, the country has above all demonstrated an ability overcome them and sustain growth. Whilst 2022 of course will be a different ballgame, one which will involve an easing of monetary policy, it nonetheless indicates there is no justifiable reason to be negative about China’s long prospects.

Throughout the course of the pandemic China’s GDP growth now accumulates to an average of 6.15%. In 2020, China offset the global disruption to rebound early and attain growth of 2.1%, which whilst far smaller than usual, was the only major economy in the world to have done so. More so, it did it without the resort to extreme amounts of stimulus as seen in the United States and the United Kingdom. 2021 has effectively seen China’s economy rekindle the lost growth of the previous year whilst maintaining forward momentum in addition. Many major economies spent 2021 merely returning to their pre-pandemic size, not China.

Despite this, the mainstream media angle has been ludicrously pessimistic. Headlines throughout the year framed: Delta, then Omicron, the real estate market, growing energy prices and regulatory crackdowns on big tech as not just challenges, but doomed to slow down China’s economy as a whole. This has been a recurrent theme even in past years which is based on a discursive assumption that China’s system has to face inevitable “failure”, but it has become more relentless with the new geopolitical context of US-China rivalry and the framing of the country in wholly hostile terms, making more nuanced or “agenda free” angles difficult. As western countries likewise moved further away from zero-covid strategies, attacks on China on this angle also intensified.

Not surprisingly, the ocean of bad takes and political posturing failed to offer sufficient analysis on actions the Chinese state had taken to offset this damage, including the consideration that its pro-active mass testing and localized lockdowns guaranteed stability and public and business confidence, that it had managed to in the space of a month quash coal prices and likewise how it brought the real estate sector under control by direct deleveraging. Also lacking from reports was the consideration that China’s production capabilities continued to be the only reliant and large-scale supply chain in the world, that America’s trade war tariffs had failed to change the status quo on US-China trade, that China remained the world’s leading recipient of Foreign Direct Investment (FDI) and more.

As a result, even with a lower forecasted threshold in 2022, the picture should be positive as opposed to negative, China is adding continued growth, upon growth, upon growth and its ability to weather storms is chronically underestimated. Any slowdown will be confronted with a loosening of the monetary policy. In addition, Omicron will not be a gamechanger as the current global wave is likely to offset by this time. With the Party Congress also in view for November, one should also anticipate that the government will be extra cautious regarding challenges to the economy which will accumulate in more risk adverse policies both at home and abroad.

Tom Fowdya British political and international relations analyst and a graduate of Durham and Oxford universities
The US 'Indo Pacific' Framework Will Fail, Here's Why Shanghai's Pathway to Getting Back on Track Looming Western Recessions Reminds us That China is Still in A Better Position