CNOOC Seeks to 'Strike Oil' With Its Shanghai Debut 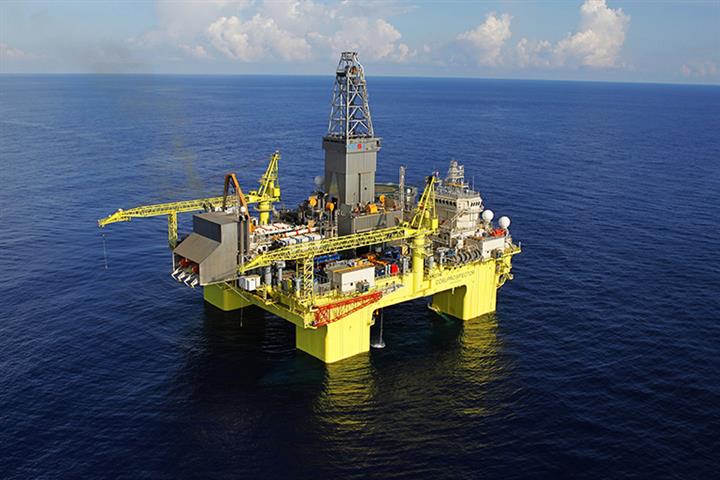 CNOOC Seeks to 'Strike Oil' With Its Shanghai Debut

(Yicai Global) April 15 -- Despite the massive disruption posed by the covid-19 outbreak in the city, the China National Offshore Oil Corporation (CNOOC) is going ahead with a much-publicized IPO in the near future, which is estimated to bring in USD4.41 billion to the company, the 11th largest listing in China’s history. The share selling come amidst a number of huge geopolitical uncertainties which paradoxically in the case of this sector, present opportunities for the firm and its work amidst surging energy prices and “decoupling” between China and the United States.

CNOOC is just the latest in a line of Chinese companies which have been forced off American stock exchanges owing to given designations and found a new home in Shanghai as a backup source of capital. As a firm that covers a sector considered to be “strategic”- that is having consequences for the balance of power between the United States and China, CNOOC has as with all such companies been targeted by US sanctions as a so-called “Chinese military-controlled firm” an excuse utilized to exert a ban on Americans investing in it or owning its securities. US foreign policy seeks to maintain strategic control over global oil reserves and producers, and therefore sees a Chinese megafirm as a competitor, as a result, CNOOC was targeted and delisted.

But US-China tensions are not the only geopolitical uncertainties at play right now, the impact of the Russia-Ukraine conflict has put immense pressure on the global oil and petroleum industry which has seen prices rise to over USD100 per barrel. It is widely expected that the west will attempt to reduce its oil imports from Russia and look for alternative sources. As a result, this is an incredibly profitable window of opportunity for oil firms and despite the disruption from the US, CNOOC sees a massive chance to turbocharge its own revenue and inbound investor capital. This makes the impact of America’s decision on the company negligible. A potential cut-off of Russian oil by growing western secondary sanctions and pressure also cannot be discounted as a risk. The company also has stakes in up to nine Liquid Natural Gas terminals, another commodity thrown into high demand and uncertainty amidst the conflict.

In addition to these factors, CNOOC’s long-term business trajectory is ultimately positive because China’s domestic demand for energy will, given its size, continue to grow. China is the world’s largest importer of oil and as a result, it has been a strategy of the government to maximize the country’s own self-reliance on energy wherever possible. This has been key to China’s growing relationships with many of the Gulf States. Notwithstanding, in the past year alone, new oilfields have been discovered in both Xinjiang and in the Bohai sea. Whilst these are never enough to buttress China’s needs, it nonetheless shows that Chinese oil firms will continue to have a lucrative business. The South China Sea also has an estimated 11 billion barrels of oil, which is why CNOOC (as an offshore company) finds itself so deeply in the crosshairs of the United States.

A good time to be an oil company?

CNOOC’s mega Shanghai IPO will allow it to leap back decisively from having been thrown out of the United States. The grave uncertainties hanging over the world right now mean that China’s quest for access to new oil reserves and energy imports has never been more critical. This is what allows this company to pursue a mega listing at a time when other markets around the world are for all intents and purposes, jittery. It also will represent a deeper trend as to how certain Chinese companies will bring capital back into China as the climate in America makes Wall Street effectively untenable, which in the long run will serve to boost the size, maturity, and clout of China’s own stock markets.