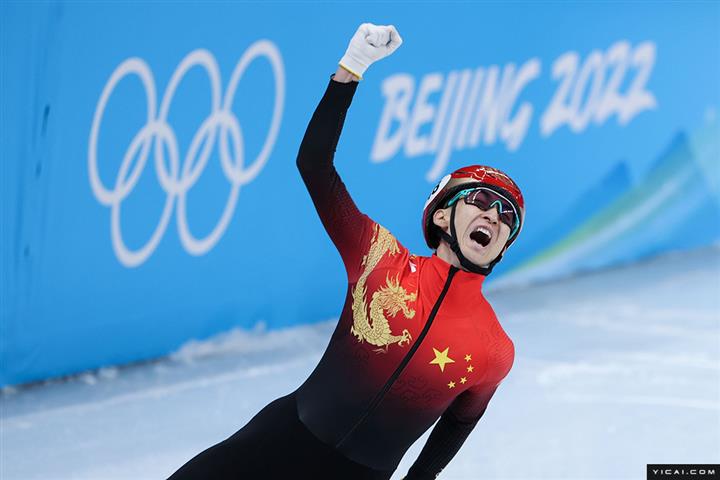 The Winter Olympics Brings In A Free Trade Bonanza for China

(Yicai Global) Feb. 8 -- The Winter Olympics in Beijing has been eventful in the media for multiple reasons. Beyond the bombardment of negative coverage pushed by the western press, largely in the view of spoiling and undermining the games for China, on the ground up to 32 heads of state, high level representatives and heads of international organizations attending the Opening Ceremony in Beijing, of which followed on with a flurry of diplomatic activity between these countries and China’s leader Xi Jinping, who held meetings in the Great Hall of the People across the Weekend.

In conjunction with these meetings, a number of moves towards proposed free trade agreements (FTAs) were announced. This included one with the Gulf Cooperation Council (Kuwait, Oman, Qatar, Saudi Arabia and the United Arab Emirates), Papua New Guinea as announced by Prime Minister James Marape and the South American country of Ecuador as stated by President Guillermo Lasso. Some of these deals have been benchmarked to be completed by the end of 2022. Underneath the politically charged atmosphere surrounding the Winter Olympics, a Free Trade Bonanza was taking place.

As of present, securing more free trade agreements is one of China’s highest diplomatic and political priorities. In an uncertain international environment wherein, the United States is pushing so-called “decoupling” and also attempting to force supply chain shifts away from the country. As a result, China has long identified the expansion of free trade as the single most critical asset in protecting its own development, utilizing its own enormous market to its own strengths in securing deals around the world and making concessions to others by expanding access.

Such a strategy ultimately aims to isolate and restrain the United States in its aim to build anti-China coalitions, who cannot compete presently in this domain due to their advocation of protectionist policy and opposition to free trade under an “America First” position. In doing so, China is aware that most countries around the world continue to see them as a critical and indispensable export destination, and has subsequently promoted this under the rhetoric of “win-win” development and “community of a shared future for mankind”. The Regional Comprehensive Economic Partnership (RCEP) which was ratified from the start of the year, was a big win in this direction for China.

Nevertheless, there is much more to do. From 2021 onwards, as American pressure has increased, China’s foreign relations have also pivoted towards deepening ties with countries who are outside of US influence, with political barriers being erected in building closer economic relations with other western countries. The Comprehensive Agreement on Investment (CAI) between China and Europe for example, was blockaded by the weaponization of human rights as political instrument by the US and UK working in tandem. Likewise, Taiwan’s invocation of the dispute with Lithuania is also a deliberate obstacle. Whilst China has similarly lodged an application to join the Comprehensive Trans Pacific Partnership (CTPP), a similar type of sabotage is present and the process will be long irrespectively.

As a result, accelerating free trade agreements with willing third parties, countries who do not owe unconditional loyalty to the United States, is an emerging theme of this year. In the case of the Gulf States and Ecuador, both are energy exporting parties who want to increase their oil exports into China as well as to gain a foothold in other markets too. President Lasso in particular has announced he wishes to expand China exports by 35%. In the case of Papua New Guinea, it is a strategically important nation in the Pacific of which represents a battleground in a competition for influence against Australia. As an impoverished country, China is a critical partner to its own development of which its traditionally close partner in Canberra cannot match.

Nonetheless, from a business angle, these pending agreements are reminders that China’s role in global trade, commerce and supply chains is not likely to differ drastically. The country will continue to push to integrate itself with further with the global economy and work round the disruptions posed by others in order to entrench itself. China is both expanding its own market but also accessing other markets, which will be a defining pattern of its economic development and ultimately a strategic misjudgement of those who are pursuing Cold War politics.