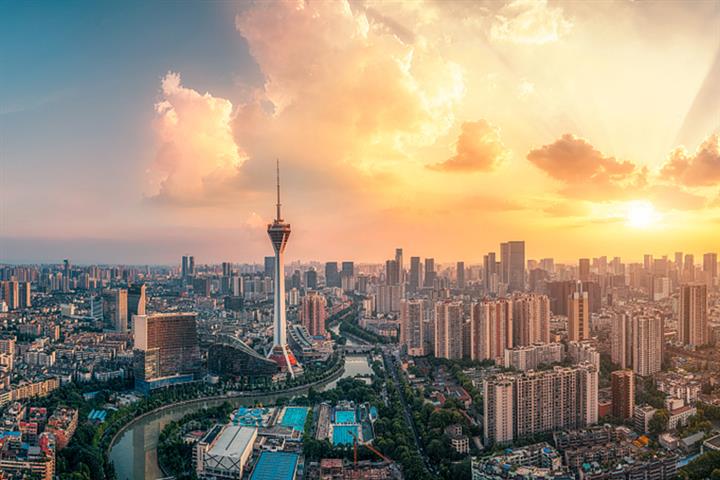 (Yicai Global) Dec. 28 --  Chengdu is the largest city in western China. The seat of the culturally influential and iconic Sichuan province, we tend to associate the city with its 4000-year-old history, its spicy cuisine and of course its Giant Pandas. Yet Chengdu isn’t as much as a mere tourist destination as it is a booming economic, commercial and financial hub which has growing geopolitical and strategic implications for the country itself. According to Global Times that a plan was announced to transform the Chongqing-Chengdu metropolitan area into a Financial Centre by the year 2025, which will aim to “attract Belt and Road financial service facilities.” The plan will also involve promoting cross border use of the Chinese Yuan, financing for green energy projects and deeper integration with Singapore.

The plan is an integral part of the Belt and Road initiative’s broader goal to economically integrate China with greater Eurasia, to diversify national development westwards and on a strategic level, to reduce dependency on the Eastern coast belt of China whereby the vast majority of country’s financial, industrial and commercial resources are concentrated. The Chengdu-Chongqing conurbation is the gateway not only to China’s western regions, but geographically speaking the rest of the continent too. As a result, the new financial centre will be an economic gamechanger to both the country itself and the wider region.

The announcement of the financial centre has come amidst a number of BRI developments in 2021 that has accelerated China’s links with neighbouring countries in that geographic space and opened up new economic routes. By the end of August, the first cargo came up through the China-Myanmar economic corridor via Singapore, reaching Chengdu through a new railway line that connected the city to the country’s border. Similarly, in November the China-Laos railway, the first ever high speed and freight railway linking the two countries, was opened. It further establishes a route downwards into Thailand. In addition, a new railway route to the Nepalese border was also opened in December.

In each instance, Chengdu is a city which is increasingly positioned in the centre of these new economic routes heading to both South and Southeast Asia, bypassing the traditional Chinese mega ports in the east such as Shanghai, Ningbo and Shenzhen that have long dominated global commerce. This alone gives Chengdu-Chongqing a new dynamic to compete with these cities which it did not have previously, and in turn helps overcome the significant West-East balance which has seen China’s development become regionally lopsided. But more so, it also accelerates the bilateral flow of goods to and from China into these countries.

Designed as the next phase in conjunction with these routes, the plans to establish Chengdu as a financial centre will provide the necessary capital to spur on the growth of the Belt and Road in an organic fashion and drive forwards shared economic development within China and the associated neighbouring countries, integrating it in addition with other financial centres such as Singapore. Of note is the proposal to facilitate RMB exchange in this new centre. Last week, it was announced that Myanmar would be switching to the Yuan as a medium of settlement for cross border trade, a consideration that has been motivated by American sanctions.

This also reveals the strategic considerations of the plan, beyond the economic aspects. Chengdu’s role in the Belt and Road initiative is as much about addressing China’s own geographical vulnerabilities as it is economics. The move to integrate the country with the wider continent through the western regions is a vital counterweight to American attempts at militarily encircling China’s maritime periphery, which could be used to exert leverage and pressure on the country’s own strategic supply routes. Thus, modelling cities such as Chengdu as increasing financial, commercial and logistical centres helps reduce these risks through obtaining new access points to the Indian Ocean via neighbouring countries, as well as securing mutual economic gains for the future.